Matthew Perry, actor and noted collector of trophy real estate in the greater Los Angeles area, has listed his prized modern retreat in Malibu for sale at $12.5 million.

The architectural home, known as the ‘Pier House’, overlooks the surrounding coastline and Malibu Pier from its hillside location, a remote 2-1/2-acre parcel in the celebrity-preferred Serra Retreat. Designed to further the relaxed lifestyle associated with Southern California, the updated floor plan boasts walls of glass facing the Pacific Ocean, intimate windowed alcoves and telescoping doors that open onto an expansive deck and swimming pool.

Among its features is a top-floor master suite, which occupies an entire wing and comes complete with his and hers baths and a seating area with a fireplace. A game room, a home theater and a gourmet kitchen with an additional prep area are on the lower level. In all, the 1981 contemporary counts four bedrooms, six baths and two fireplaces.

Outdoors, adjacent to the pool but concealed by mature palms on an elevated section, there is a fire pit and meditation garden. 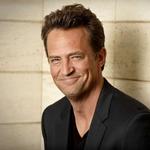 Perry, 41, is best known for his role as Chandler Bing in the sitcom “Friends.” In December, he was tabbed to co-write and produce a CBS remake of “The Odd Couple” and to reprise the role of Oscar Madison.

Perry intends to continue his sober-living efforts in partnership with addiction specialist Earl Hightower at a more accessible location in Studio City, where it will be of greater service to those in need.