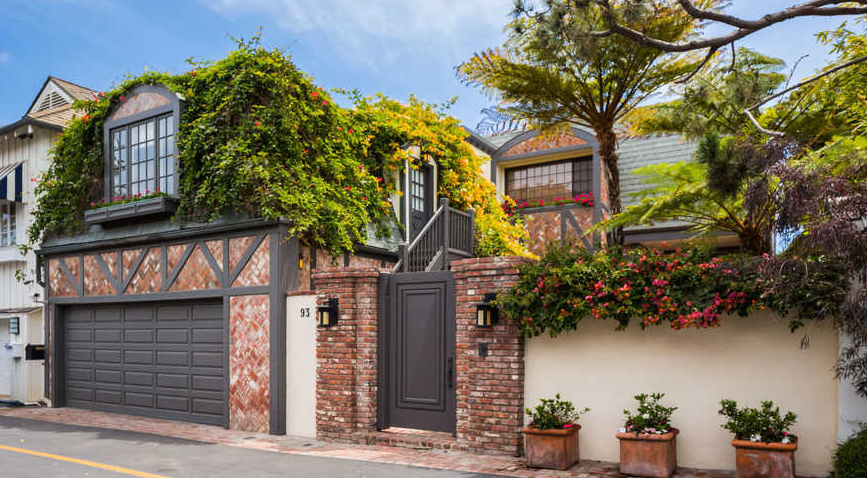 Veteran Hollywood executive Jonathan Dolgen, who formerly headed Paramount Pictures, has sold his home in Malibu for $18 million. The buyer was Chris Columbus, director of such films as “Home Alone,” “Mrs. Doubtfire” and “Harry Potter and the Sorcerer’s Stone.”

The English traditional-style home sits along a 48-foot stretch of sand in gated Malibu Colony and has coastline and open-water views.

A brick courtyard leads to the entrance of the 6,343-square-foot house, which has a great room, a chef’s kitchen, a step-down wine cellar and a screening room. In the master suite, which has a fireplace and a separate sitting room, glass doors open to an ocean-facing deck.

Including the guest house, there are five bedrooms and six bathrooms.

Outdoors, steps lead to a spa that sits level with a wide swath of decking. Transparent guardrails take in the surf and surrounding beachfront.

The property came to market in May for $18.5 million and was pending sale in about a week, according to the Multiple Listing Service. Dolgen bought the property nearly two decades ago for about $3.8 million, public records show.

Jack Friedkin and Leonard Rabinowitz of the Agency were the listing agents. Christopher Cortazzo of Coldwell Banker Residential Brokerage represented the buyer.

Dolgen joined Paramount as co-chief executive in 1994 following its takeover by Viacom Entertainment. He held the position until 2005, when he was replaced by late studio executive Brad Grey.

Columbus, 58, last year produced the films “The Young Messiah” and “Tallulah.” His other credits include the Oscar-nominated film “The Help” (2011).