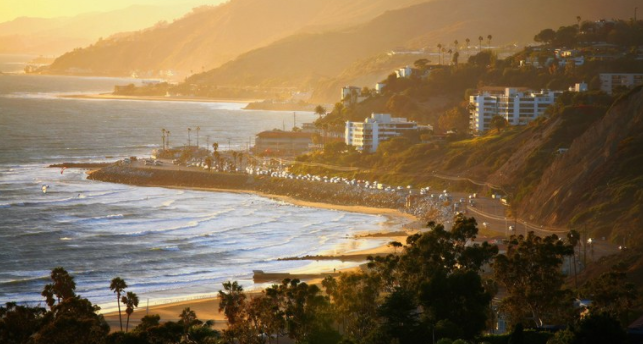 Known the world over for its heady blend of laid-back surf culture and Hollywood glamour, Malibu has long been a place where A-listers have retreated for the weekend to let their hair down and bury their toes in the sand. But for out-of-towners, the “Bu” and its 27 miles of coastline has also been notable for its lack of hotels, making it more of a day-trip stop than a destination. Now, with not one but three new hotels opening along the Pacific Coast Highway, there are three compelling reasons to make Malibu the go-to spot for your next beach getaway. 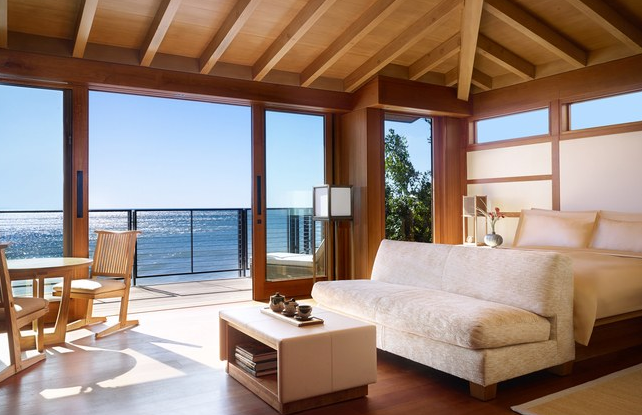 Nobu RyokanLocated steps from A-list haunts Nobu Malibu and Soho House’s Little Beach House Malibu, the Ryokan serves up a little slice of Japanese Zen in the heart of Malibu’s buzziest strip. “You go to Nobu and Soho House to be seen—you come to the Ryokan to not be seen,” says general manager Janelle Eng of the low-key but luxurious vibe, perhaps best summed up by the fact that you cannot even book a reservation on the hotel’s website, only submit an inquiry for approval via email. Upon checking into one of the 16 tatami-matted suites—no shoes allowed, yukatarobes encouraged—guests are greeted with green tea and rice crackers and then largely left to their own devices. Rooms all feature giant TVs, fireplaces, and huge spa-like bathrooms with skylights, teak ofuro soaking tubs, and everyone’s favorite Japanese invention: the Toto Washlet toilet, while room service comes courtesy of the neighboring Nobu kitchen. Throw in an oceanfront infinity pool, beach access, and a gym, and there is little reason to venture beyond the hotel property. But if after all that seclusion you are in the mood to be seen again, as a guest, you can skip the usual 30-day wait for a table at Nobu and walk right in. 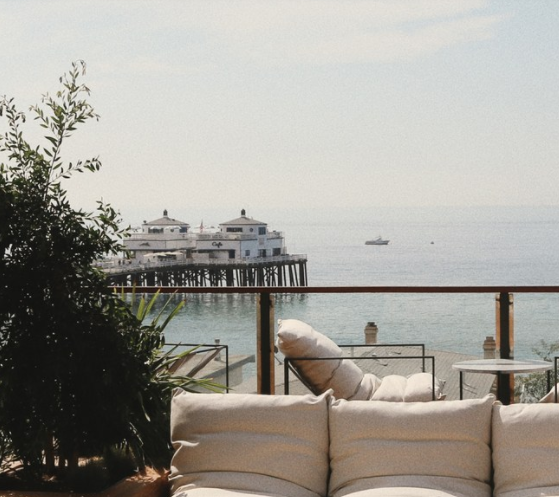 Photo: Courtesy of The Surfrider Malibu

The Surfrider MalibuSurfers travel from all over the world to catch a wave at the legendary First Point break off of Surfrider Beach—the mecca of traditional long boarding and a World Surfing Reserve—and there is no better spot to catch the action than at the newly refurbished Surfrider Hotel, slated to open later this month. Built in 1953, the iconic motel has been reimagined as a chic surf lodge with 20 airy, light-filled rooms, every one of which has a balcony with a view of the beach. “We wanted to capture the essence of Malibu and California beach culture,” says co-owner Matthew Goodwin, who grew up surfing this stretch of coastline. That means outdoor showers and storage for surfboards and SUPs, boards to rent and instructors for hire, a vintage Land Rover to drive guests to other iconic surf spots like Leo Carrillo (where Gidget was filmed), and the Surfrider Beach Club service that will set up chairs, umbrellas, and coolers for those who prefer to stay on the sand. Evenings can be spent on the roof around the fire pit at the First Point Bar, listening to live music and dining on locally sourced food, or in the library planning the next stop on your California road trip. 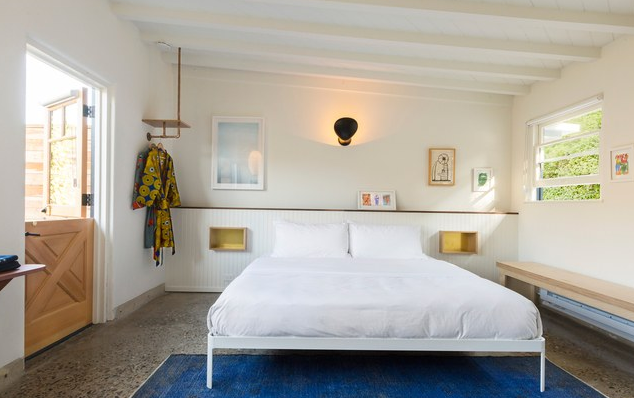 Photo: Courtesy of The Native Hotel

The Native HotelBuilt in 1947, the Malibu Riviera Motel played host to everyone from Marilyn Monroe to Bob Dylan—who wrote Blood on the Tracks in Room 13—before falling on hard times. Now the Point Dume property has been given a new name and a much needed mid-century-modern-meets-hipster makeover by the design team behind cult Venice restaurant Gjelina. The 13 bungalow-style rooms all feature private decks with hammocks, chic robes made from deadstock African fabrics, minibars in the form of vintage ice chests, and sage smudge sticks to clear any negative energy and get you in vacation mode. “There are no TVs or air conditioning on the property,” says manager Sam Shendow, who relocated from Tulum to open the hotel. “We want people to really unplug and fall asleep to the sound of frogs and the breeze coming off the ocean.” Foodies will want to wake up early for breakfast courtesy of L.A. chef Ludo Lefebvre’s Coffee & Waffles pop-up (housed in a converted Airstream in the carpark), which serves up sweet and savory waffles and coffee from local producers Eucalyptus & Pine. After a long day hitting the surf or the trails like a “Bu” native, guests can unwind in the hot tub or with a reiki or acupuncture treatment in the wellness yurt.