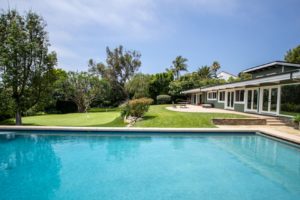 Dennis Haysbert, the actor and Allstate Insurance TV spokesman, has put his home in Malibu on the market for $10 million.

Fenced and gated from the street, the ocean-view estate sits on just over an acre in the Malibu Park area. The three-bedroom, four-bathroom main house was recently remodeled and features an open-concept floor plan, a new chef’s kitchen and an office. Skylights, bands of clerestories and floor-to-ceiling windows bring natural light into the white-walled interior.

Sitting adjacent to the main residence is a separate guest/pool house that overlooks a saltwater swimming pool. The guest house is topped with solar panels. A sauna, a putting green, grassy fields and lush landscaping fill out the grounds. A side motor court has parking for eight vehicles.

Haysbert bought the property more than a decade ago for $2.8 million, records show.

The 65-year-old actor is known for his roles in the popular drama series “The Unit” and “24” and for playing baseball player Pedro Cerrano in the “Major League” films. More recently, Haysbert appeared in the NBC series “Reverie” and the films “The Dark Tower” and “Breakthrough.” He has served as the official spokesman for Allstate since 2004. 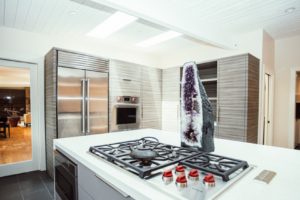