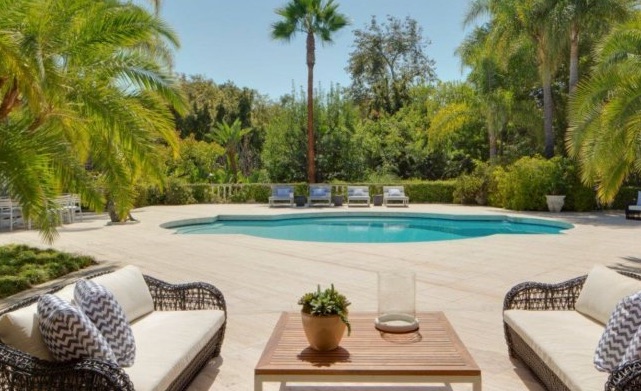 The couple spent $18 million on the five-bedroom residence, which initially appeared on the market in September with an asking price of $27.5 million.

Built in 1966, the 9,000-square-foot house was designed by architect Caspar Ehmcke and features plenty of Regency-style flair, with coffered ceilings, enormous carved doorways, and chandeliers galore.

The home sits on more than an acre of land next to the Los Angeles Country Club and the grounds include a swimming pool, cabana, three-car garage, and a two-story guest house.

Levine still hasn’t found a buyer for his renovated, modern-style home in Beverly Hills, which hit the market last year with a $17.4 million asking price. The five-bedroom house, which Levine purchased in 2012 for just $4.83 million, was last listed for $15.95 million earlier this year.