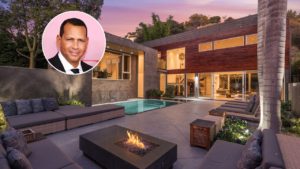 The Mid-Century Modern property has sold for $4.4 million and was built in 1954, the residence is known as the Honnold & Rex Research House.

It was one of the first properties built as part of Architectural Products magazine’s Research House program.

The Research Houses were experiments in architecture using new materials and design methods, similar to the more well-known Case Study Houses—a series of homes sponsored by the now-defunct Arts & Architecture magazine built between 1945 and 1966. Designer Xorin Balbes remodeled the home in the 1980s.

Spanning 3,700 square feet, the home has four bedrooms and three-and-a-half baths, plus a heated pool, spa, and both indoor and outdoor fireplaces, the listing said.

Mr. Rodriguez, 44, listed the Hollywood Hills home last November for $6.5 million, and the asking price was lowered to $5.25 million in March.

He purchased the home in 2014 from actress Meryl Streep and her husband, Don Gummer, for $4.8 million using a trust, according to PropertyShark records.

Mr. Rodriguez played 22 seasons in Major League Baseball, most notably for the Yankees, where he spent 12 seasons. He could not be reached for comment.

The athlete has been engaged to pop star and actress Jennifer Lopez since March. In June, the power couple sold a three-bedroom condo at 432 Park Avenue, the supertall tetris-block tower tower presiding over Midtown Manhattan, for $15.75 million.

The pair are reportedly shopping for a bigger spread for their family. 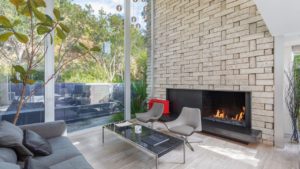