The Children’s Lifesaving Foundation celebrated its Holiday Jubilee at Camp Hess Kramer in Malibu on Sunday, Dec. 4, lightening the burden this holiday season by providing gifts, toys and stipends for struggling families.

Musicians, dancers, disc jockeys — even Santa — joined together to entertain community members, families and children, and to honor their special guests, Pat Benatar and Neil Giraldo, who have been performing at their events since 1996.

Mayor Lou La Monte was on hand to present Benatar and Giraldo with a special accommodation from the City of Malibu in recognition of the Angel of the Year Award presented to the couple by the foundation.

“The Children’s Lifesaving Foundation is an … organization dedicated to transforming the lives of homeless and at-risk children and families in Los Angeles through academic, social and domestic support,” reads the organization’s mission statement. The mission has been furthered through fundraising such as Sunday’s jubilee.

“Maria put everything on the line for me and my family,” Mariano Arevalo, one of the foundation’s first adopted family members, said. “She shaped my life forever.”

Out of love and appreciation, Arevalo started a YouTube channel to document and highlight the activities of the foundation, their kids and sponsors.

“The CLF never does videos and I want people to get to know the kids and families like I know them intimately and personally,” Arevalo said. The YouTube channel is called The CLF — Lost and Found.

During the event, children ate, played games, and did arts and craft as holiday music played. Performers put smiles on the faces of kids of all ages as they entertained the group throughout the day. The climax came when Santa made his grand entrance and passed out gifts to the children with the help of Sean McCaffrey, who is the Program Director for the foundation.

Anais Jimenez, a former camper, touched the hearts of the guests when she delivered a speech to the crowd praising the organization and McCaffrey personally.

“He [Sean] brought me a bed and put it right next to my mother; everyone tried to make me feel better,” Jimenez recalled, saying she was “scared and nervous” about being away from home. “Now, I can tell you that I am so happy that I had the opportunity to go camping with the Children’s Lifesaving Foundation — and thank you to all the people who make us have such a great experience.”

The day wrapped up with a surprise visit from Dick and Arlene Van Dyke who came to support the families, but also to honor Benatar and and Giraldo for their years of support and dedication.

The proceeds from this event impact the CLF Project Angel Wings Program, which has served more than 15,000 homeless and at-risk youths.

The event was sponsored by the Kiwanis Club of Malibu, KAYO of California, TrueCar, Grindstone Entertainment Group and California Supply Company. 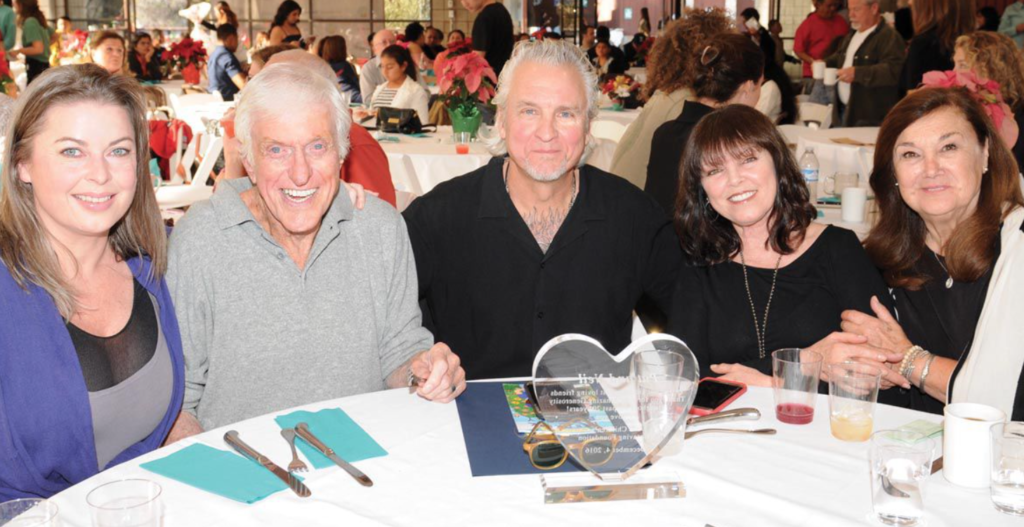