At $41 million, Off-Market Home Sale is Santa Monica’s Priciest Ever 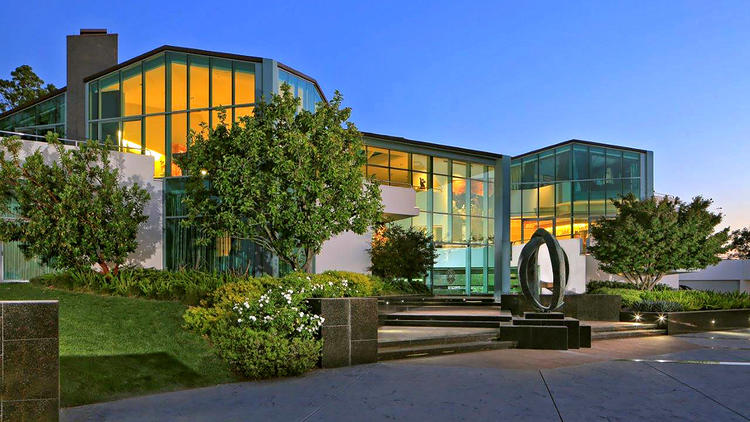 An off-market deal in Santa Monica not only topped the charts for L.A. County in the month of August but also set a price record for the Westside city.

In a deal completed outside the Multiple Listing Service, a residence bordering the Riviera Country Club changed hands in the most expensive home sale historically in the city, public records show.

The property, which sits on an acre on Woodacres Road, previously sold as a vacant lot five years ago for $8.6 million.

Details of the house are scant, but building permits show that a two-story residence with a basement level was completed in 2015. Napa-based architectural firm Backen, Gillam and Kroeger, known for its winery estates and contemporary farmhouse designs, submitted plans for the new development in 2013.

A swimming pool, patios, lawns and mature trees make up the grounds. The pool is solar-heated, permits show.

Real estate sources with knowledge of the property identified the seller as a trust connected to Steven Levitan, co-creator of the sitcom “Modern Family.” The buyer, records show, is an entity with a tax address linked to Kevin L. Washington, the son of Montana-based billionaire industrialist Dennis Washington.

A Nantucket-style compound on Pacific Avenue sold for $19.95 million, a record for single-family home sales in the South Bay city.

The half-acre estate, found about half a mile from the beach, includes a 7,500-square-foot, 30-room main house, a guesthouse, a saline swimming pool and a basketball court. There are two wine cellars, and a subterranean lounge is equipped with a bar and cigar room.

Dave and Jennifer Caskey of Strand Hill Christie’s International Real Estate represented the buyer and the seller, both of which are local families.

High-priced sales have hit the stratosphere in Manhattan Beach this year. In May, a multifamily property sold for a record $21 million. There have been three sales of $18.4 million or more in the area so far this year.

Tucked behind walls and gates, the French Regency-style house was designed and built in 1966 by architect Caspar Ehmcke.

Features of the 9,200-square-foot house include a garden-view breakfast solarium, scaled formal rooms and an office/den. Two master suites are among the five bedrooms and 5.5 bathrooms.

Decking surrounds a quatrefoil-shaped swimming pool in the backyard. A pool house, a two-story guesthouse, a three-car garage and a gated motor court also lie within the fenced and gated grounds.

Linda May of Hilton & Hyland, an affiliate of Christie’s International Real Estate, was the listing agent. Kurt Rappaport of Westside Estate Agency represented the buyer.

In the 600 block of North Palm Drive, a renovated estate once owned by dancer-choreographer Grover Dale sold for $445,000 less than the asking price of $15.995 million.

The five-bedroom, eight-bathroom house, reimagined by Standard Architecture, has a row of mature olive trees flanking a path that leads to the front door. Inside, the 8,500 square feet of living space features steel-cased windows, oak floors and beamed ceilings.

Stained-glass windows filter light in the living room, which has a stone fireplace. Arched windows look into a custom wine cellar.

A lounge area sits next to a tiled swimming pool in the backyard.

The seller was a development group headed by Woodbridge Luxury Homes Chief Executive Robert Shapiro. The group is seeking $180 million for Owlwood, the former Holmby Hills estate of Sonny Bono and Cher, which it acquired a year ago for $90 million.

Adam Rosenfeld and Justin Mandile of Mercer Vine were the listing agents. Steve Frankel of Coldwell Banker represented the buyer.

Actor-director-producer Tyler Perry bought a modern masterpiece — once listed for as much as $29.95 million — in gated Mulholland Estates for less than half the original asking price. The seller was the estate of Alfred E. Mann, the billionaire inventor and physicist who died last year at 90.

Steel beams and walls of tempered glass form the dramatic shell of the home, which features overlapping slabs of marble and floating staircases. Pyramid-shaped skylights and angled ceilings create volume while bathing the 17,245 square feet of living space with natural light. There are seven bedrooms and 11 bathrooms.

A resort-style swimming pool, stream-fed koi pond, north-to-south tennis court and modern statuary make up more than 4 acres of grounds. A motor court sits off the entrance and has space for more than 30 vehicles.

Mauricio Umansky and Ninkey Dalton of the Agency were the listing agents. Josh and Matthew Altman, the Altman brothers of Douglas Elliman, represented the buyer.