‘Baywatch’ Co-Creator Puts Malibu House on the Market for $8.9M 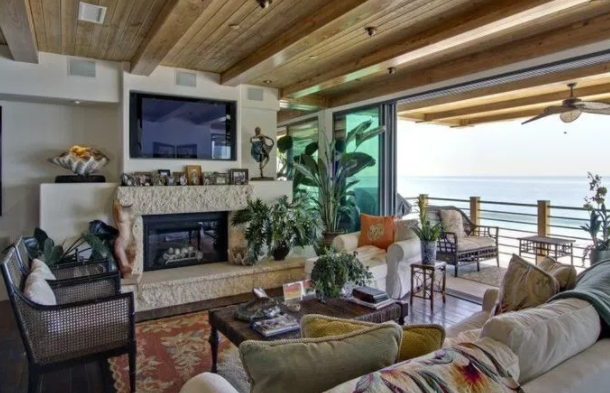 You could call the Malibu beach house on the market for $8.9 million “The House That ‘Baywatch’ Built.” After all, Gregory J. Bonann, co-creator of the TV series about LA lifeguards, lived on the property in the 1970s — when it was just a shack and he was just a lifeguard.

But when he hit it big and the beachfront property came up for sale in 1999, he bought it for just under $1 million, and renovated it into the ultimate beach lovers’ paradise. And now you can live in it, too, if you’re willing to pay for it.

The house and its colorful owner have one of the best stories in Malibu, which is really saying something. Bonann was working as a lifeguard when he rescued the children of a big-time TV executive. One thing led to another, and Bonann ended up pitching his “Baywatch” TV series concept to the executives at NBC, and they snapped it up.

The popular show starring David Hasselhoff and Pamela Anderson became a huge hit that was syndicated internationally. Lasting 10 seasons, the show was watched by more than 1.1 billion viewers weekly in 2001.

Bonann, who rose to be a big-time international producer, writer and director, actually lived next door to the hut on Las Flores Beach. The property held a fond place in his heart, so when it became available, he purchased it. He then spent 10 years on a lengthy renovation.

“It was a challenge working with local restrictions,” he said, referring to the famously picky City of Malibu and the California Coastal Commission.

“This house is for a beach user, not a beach observer,” he said. It has storage and easy ocean access for water sports equipment such as surfboards and kayaks, multiple outdoor showers to wash off the sand and salt and an amazing beach lounge, right on the sand.

That’s a truly unrivaled feature anywhere else in Malibu, as far as we know. Most homeowners on that part of the beach leave the area beneath their homes empty. But Bonann made his into a grotto-style entertainment deck featuring built in lounges, flat-screen TVs, an outdoor grill and a unique spa with waterfall.

Inside, there are driftwood ceilings with exposed beams, a pebbled water wall, bathrooms clad in beach shells, a shell and stone fireplace and staircases made with beach pebbles.

The 7,689-square-foot house has four bedrooms and 4.5 baths. It features built-in bookcases, custom ironwork and decks with ocean views, including on the rooftop.

So after adding all these fabulous features, how can Bonann bear to leave this home? After all, he’s in his 48th consecutive year serving as a part-time lifeguard, and was just out working the beach over Labor Day.

“It’s time to start letting go,” says Bonann, who is now living just up the coast in a recently remodeled home that had belonged to his parents. “You spend your whole life accumulating stuff, but you can’t hang on to it forever.”

The charity he established, A Chance for Children, which helps homeless and at-risk youth, is a higher priority for him than being a landlord.

“I hope the home goes to someone young at heart, who really loves the ocean,” he says. “The ocean plays a big role in every part of the house.”