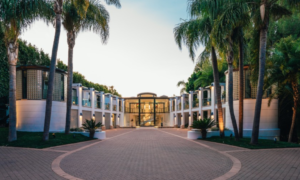 Metro Networks founder David Saperstein is setting the bar high in 2020. The billionaire just put his impressive Malibu mansion on the market for $115 million, making it one of only seven properties in L.A. County currently seeking nine figures.

At that price, it’d be the fourth most expensive home ever sold in California. The record belongs Bel-Air’s “Beverly Hillbillies” mansion — which Lachlan Murdoch bought last year for $150 million — followed by the Manor in Holmby Hills at $119.75 million and a prized estate in Woodside at $117.5 million. 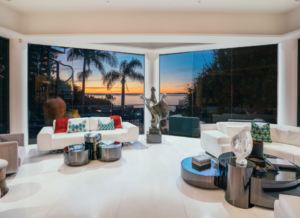 Perched on 2.6 acres overlooking the ocean near Paradise Cove, the modern compound boasts 12 bedrooms and 14 bathrooms in more than 10,000 square feet. It’s shaped like a wedge, with the broad side serving as the entry and the pointed side facing out toward the water. A wraparound balcony takes advantage of the scenic setting. 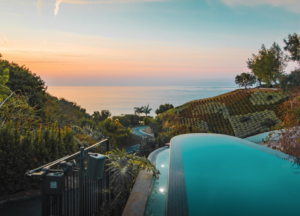 Almost every common space enjoys sweeping ocean views, including a limestone-clad great room and chef’s kitchen with steel cabinetry. Upstairs, the master suite includes a copper tub and a two-room closet with a bar. 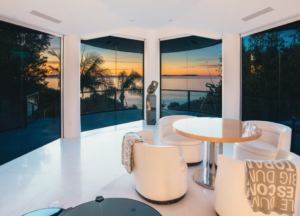 For amenities, there’s a 20-seat movie theater, 40-camera security system and a spacious gym with three screens. Out back, patios and vistas overlook a swimming pool and spa that mirror the shape of the home. The landscaped grounds tack on a tennis court and eight-car garage.

Saperstein founded traffic data provider Metro Networks in 1978 and sold it roughly two decades later to Westwood One for about $1.25 billion in stock.

A regular in real estate headlines, his most notable sale came in 2014 when he unloaded Fleur de Lys — a 50,000-square-foot trophy residence inspired by a French palace — for $88.3 million. Two years later, he sold a 123-acre equestrian estate in Simi Valley for a cool $33 million. 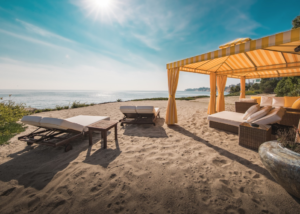