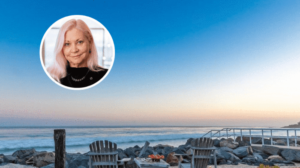 Unaltered original midcentury houses along Malibu’s Broad Beach — the maniacally expensive strip of sand famous for its high-profile, highly-compensated residents — are rarer than a red-crowned crane. Over the years, soaring beach values have prompted most original homeowners to cash out, leaving their modest retreats to be either demolished and replaced with hulking new mansions, or modified beyond recognition.

So when a still-mostly-original Broad Beach house recently popped up for sale for the first time since its 1953 completion, it was indeed an idiosyncratic time capsule — its unvarnished hardwood floors, strictly utilitarian kitchen and cluttered yard harking to simple bygone times, back when Malibu beach homes were true shacks and not high-tech fortresses.

Several months ago, the somewhat shabby property sold for a whopping $5.38 million, surely a testament more to its sublime oceanfront location than the blocky house itself, which weighs in with less than 2,000 square feet of unconventional living space.

And the buyer is tech titan Therese Tucker, a self-made woman who “broke Silicon Valley’s gender barrier,” according to Inc. magazine. The computer programmer — who proudly wears cotton candy-pink hair as a “weird trademark,” according to her — is CEO and founder of BlackLine, a now publicly-traded tech firm that sells accounting-automation software to major customers like eBay, Coca-Cola and Under Armor. The Woodland Hills, Calif.-based company is now valued at over $2 billion.

Over the hill in Malibu, a chain-link fence and decidedly inelegant dirt driveway slopes down past giant pine trees to the two-car garage of Tucker’s new beach shanty. From there, a concrete walkway passes an untamed garden choked with ice plants and cacti, on its way to the L-shaped home’s hodgepodge brick-and-wood facade.

Inside, the frill-free but reasonably well-maintained interiors include copious amounts of exposed red brick, large windows and sets of glassy French doors, bookshelves and — outside the master bedroom — a somewhat rickety-looking upstairs balcony. Out back, a decidedly rather free-spirited rear garden area includes knick-knacks and assorted bric-a-brac: a giant Buddha statue kneeling on the patio, a hammock, wooden picnic table, surfboards, scrap metal and two plastic chaise lounge chairs. And, in the middle of a riotous ice plant garden, there’s a giant cactus pointing up like a towering middle finger to the ocean (or back to the house itself, perhaps.)

Tucker, now in her late 50s, founded BlackLine in 2002 by taking out a second mortgage on her home. And though she’s now worth several hundred million dollars, she and husband Brian continue to reside in very same house, a well-maintained and renovated but otherwise unremarkable structure in the San Fernando Valley neighborhood of West Hills. Records show the couple acquired the property way back in 1992, for a mere $310,000. 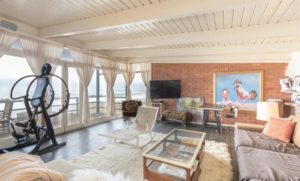