Center owners to open independent market. Meanwhile, the Malibu Inn may reopen in January, and its owners are snapping up PCH properties. 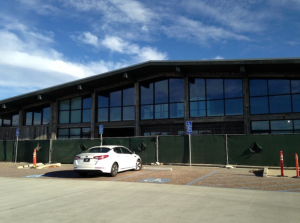 The year has not come to a close, yet 2014 is already shaping up as a busy time in Malibu’s commercial landscape. Representatives for the Trancas Country Market shopping center confirmed this week that a grocery independently owned and run by the center’s owners is slated to open as soon as January. Meanwhile, the owners of the recently closed Malibu Inn have purchased several properties on the land side of Pacific Coast Highway in a bid to mimic software billionaire Larry Ellison’s holdings on Carbon Beach.

Trancas Country Market representative Scott Rozier on Tuesday confirmed a rumor floating around town for months: An independently owned and run market will open as the anchor tenant in the space formerly occupied by HOWS Market. Rozier said the new market could open as early as January.

“It’s going to be a full-service, independently run market,” Rozier said Tuesday. He declined to release the market’s name until a later date.

Erewhon natural grocers had agreed in principle to occupy the former HOWS space last year, but backed out of the deal in September, citing prolonged construction delays.

Leasing agent Tony Dorn also confirmed the signing of a “breakfast, lunch, dinner and bakery spot” to be run by local owners in one of the Trancas restaurant spaces. The unnamed eatery is shooting for a January opening.

Meanwhile, eight months after moving into temporary trailers in February to allow for new buildings to be built, the Trancas Canyon Nursery and Sea Lily flower shop moved into their new spaces in mid-October on the northern portion of the renovated center.

The Casa Escobar Restaurant at The Malibu Inn is close to opening in January, along with beach clothing boutique Aviator Nation in a retail space next door to the Inn, said Malibu Inn co-owner Alex Hakim.

Since shutting down in September, the interior of the historic music and nightlife venue appears to have undergone a drastic interior redesign, with many old art pieces now gone from the walls.

“Construction should be completed within the next month and we estimate that they’ll be opening sometime in January,” Hakim told The Malibu Times.

Hakim and his brother Steven also own the parking lot directly east of the Malibu Inn and are exploring developing the building into an “office building and subterranean parking garage,” Alex Hakim said.

The Hakim duo, which bought the Malibu Inn in 2011, also added to their trove of PCH properties in late November by purchasing the 22775 PCH building home to Zuma Jay’s Surf Shop at auction.

Zuma Jay’s owner Jefferson Wagner owned the building before it went into foreclosure and was sold to the Hakims at auction. Wagner signed a one-year lease last week to stay in his space.

“We just signed a favorable lease with him to keep him there,” Alex Hakim said on Monday. He also confirmed the signing of a one-year lease with the neighboring 4 Malibu Real Estate office.

But 30-year tenant Wagner lamented a rent increase in the new lease and said he would explore other options once his one-year term expires.

“Had they left the lease at a lower rate, I would have signed a longer lease,” Wagner told The Malibu Times. “I’d rather stay open for 5 or 10 years than one year at a time.”

In addition to their latest auction buy, the Hakim brothers own the building known as the Malibu Vista building near Zuma Jay’s in the 22700 block of PCH.

When asked why the pair has snapped up properties along PCH, Alex Hakim said Larry Ellison-owned businesses Nikita, Nobu Restaurant and a rumored Nobu Hotel piqued their neighboring interest.

“We feel that stretch is a very rare commodity,” he said. “We’re excited to be a part of it. We think it’s going to be the Rodeo Drive of Malibu.”