Business Wrap: The Best Of Malibu On A Dime

Malibu has glitz and glam in spades, but here are some low-key spots off the beaten path.

The retail and restaurant scene in Malibu sure has changed in the past few decades.

The center of town has become so posh that even the posh shops can’t make it, and it’s almost become a spectator sport watching them come and go.

Still, from the funky Old Place Restaurant (in nearby Cornell) with its famed 30-foot antique bar, to the vast array of surf, sun and fun magazines at the old Malibu Newsstand, there are still places to track down the old Malibu. 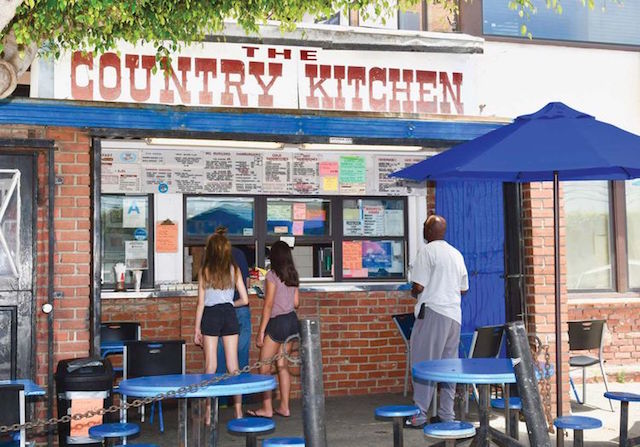 Burgers to the stars

The Country Kitchen may be the last authentic old-school burger joint in town, and it’s certainly one of the best. The joint always seems to be jumping. This unpretentious burger place opened way back in 1972 and locals, tourists and construction workers can’t get enough. It’s drawn the likes of Malibu neighbors like Ryan O’Neal and Leonardo DiCaprio. Rumor has it that Liz Taylor stopped by one night in her limo. Joel Ruiz mans the place, still owned and operated by Maury Kilbourne. Ruiz never seems to take a breath — from the breakfast burrito to the California burger (bacon, avocado, cheese), Ruiz said it’s quite an accomplishment to be in Malibu for four decades.

For something a little bit more formal, another good call is Tavern One just down the road. On the way, you’ll find Glamifornia — if you want to get gussied up, they’ll make sure you look you best. 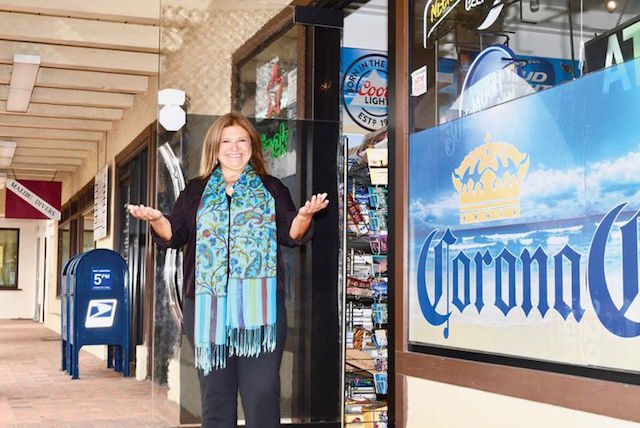 Much more than an alcohol outlet, Country Liquor is more like a classic bodega, where they sell everything and more — from batteries to spaghetti sauce.

The center was built after WWII and Pete McKellar, who became a Malibu legend, purchased Country Liquor in the 1970s. For years, it was the place to be.

Deeb has had a few challenges moving to the new location a few doors down in 2015, but is thrilled with the outcome and describes the location in Malibu as a “dream come true.”

With the store up and running like new again, from up above, Pete must be smiling. 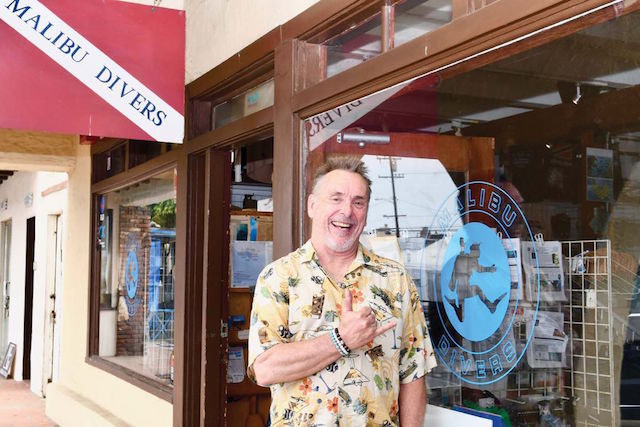 Dive into the past

Steps away from Country Liquor, you’ll find another longtime business — Malibu Divers. They’ve been serving the needs of water lovers since owner Carter Carary opened his doors 40 years ago. In addition to all kinds of scuba gear and diving gear, you can pick up everything you need for your next ocean adventure.

The spirit of favorite women’s clothing retailer Indiana Jones lives on at Pistol and Lucy and Blue Malibu at Pacific Coast Highway and Rambla Pacifico. Here you’ll find most totally cool togs for $100 or less. Their well curated dreamy racks are filled with Malibu style from Mexican peasant dresses to Malibu caps and tees, one-of-a-kind bags and glittery bangles.

Open since 1974, family-owned Cosentino’s has been the go-to place for petal pushers. For Valentine’s Day, birthdays and Mother’s Day, they’ve been bringing smiles to Malibu for more than four decades. But there’s more than a wide array of orchids and fresh cut blossoms. Since the place has barely changed, invite yourself to board the magical mystery tour.

It’s a maze of curious, succulents, seashells and orchids. It’s the kind of place that makes you feel like Alice in Wonderland in grandma’s attic.