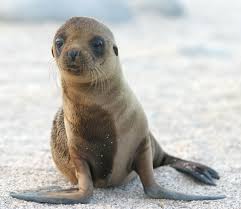 Approximately 1,000 malnourished sea lions have been picked up in Southern California this year, with 118 of them from Malibu.

By Eric Thomas / The Malibu Times

In response the National Oceanic and Atmospheric Administration’s (NOAA) declaration of “unusual mortality event” this year for sea lions, the California Wildlife Center (CWC) is working to raise $25,000 to set up a temporary rehabilitation center, according to a CWC statement.

The National Marine Fisheries asked the CWC to set up a temporary rehabilitation center at the Marine Mammal Care Center (MMCC) in San Pedro, Calif., for the large number of Northern Elephant Seals and California Sea Lions pups the center has rescued.

Approximately 1,000 malnourished sea lions have been picked up in Southern California this year, with 118 of them from Malibu, according to Victoria Harris, board president of the CWC.

When the MMCC is full, rescued sea lions from Malibu have no place to go, and must wait until openings become available.

The cost of setting up a temporary rehabilitation center is reported to be approximately $100,000 and the CWC says that it has a tentative approval for grant funding in the amount of $75,000. In order to get the project started immediately, the CWC is attempting to raise $25,000.

Donations for the temporary marine mammal rehabilitation facility can be made online here.