Cher puts Malibu mansion back on the market 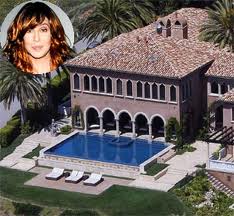 By Eric Thomas / The Malibu Times

Long time Malibuite Cher is looking to unload her Malibu mansion for $45 million, according to reports.

Rumors swirling around the singer say she is considering relocating to London. Her 13,000-square-foot, seven-bedroom Malibu digs were previously listed for sale in 2008.

“There’s no view like it in all of Malibu,” the singer said during a 2010 interview with Vanity Fair. “It’s one of the reasons I don’t sell this place. It’s so big for me, but it’s unbelievable.”