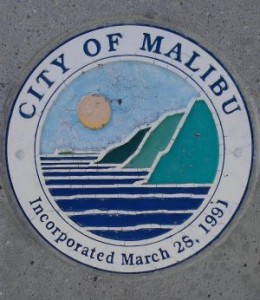 By Knowles Adkisson / The Malibu Times

Thursday marks 22 years since the City of Malibu was incorporated on March 28, 1991.

The road to cityhood wasn’t easy, though.

Prior to the successful campaign for incorporation in 1990, Malibu faced recurring threats from Los Angeles County to install a central sewer system that many residents opposed. Residents feared a sewer system would open the door for unlimited development.

Efforts at incorporation fell short in 1964 and 1976, the latter by just 108 votes. But by the mid-1980s, the county was pushing harder than ever for a sewer system, and it looked like it would happen. Without a local government, Malibu residents felt powerless to stop it. In 1987 a new incorporation campaign was launched. This one would be successful.

Though the county stalled the actual enactment of cityhood for almost a year, the coastal community stretching from Topanga Canyon to Leo Carrillo Beach officially became the City of Malibu on March 28, 1991. Coming on the heels of the Persian Gulf War, the city’s break from the county inspired Glen Campbell, president of the Las Virgenes Municipal Water District, to opine, “There isn’t a city that should feel more liberated except Kuwait… [and] from what I understand the sewers don’t work there either.”