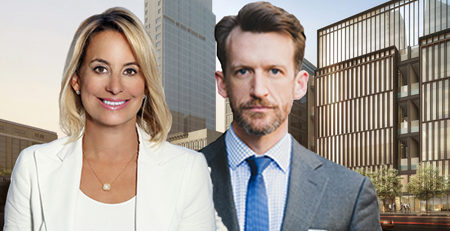 It’s Compass in, Sotheby’s out at one of Manhattan’s more unique luxury condo developments. Units at the Soori High Line first hit the market three years ago, but it has struggled to win over buyers, and now developer Siras Oriel Development decided it’s time for a shakeup.

As of Wednesday, a handful of apartments at the 11-story, 31-unit building were listed on StreetEasy with Compass as the agent. Six units are in contract, according to the listing site, and Compass claims the building is close to 50 percent sold. The property database Acris shows no closed apartment sales at the building.

The Soo K. Chan-designed building at 522 West 29th Street features 16 private swimming pools, along with floor-to-ceiling windows and gas fireplaces. Closings are expected to begin in the fall. In a statement, Chan cited Compass’ “national network of luxury brokers” as a reason why the developers tapped it for the project.

The assignment is a win for Compass’ young new development marketing division, four months after it took over sales at Tessler Development’s 172 Madison Avenue. Earlier this year, it lost 385 First Avenue to Corcoran Sunshine.

Troubled developer Sean Ludwick, who is awaiting trial on charges from a fatal car accident in 2015, was once part of the project, but Siras later cut ties with him.