Creaky Highland Park Craftsman Could be Glorious for $1M 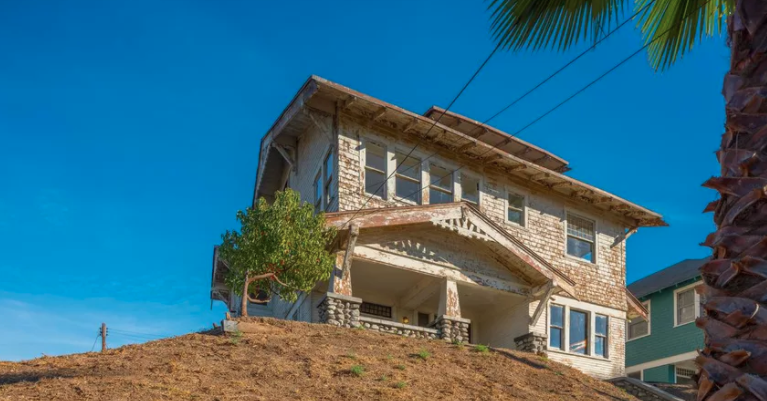 Don’t let the deteriorating shingles that cloak this grand Craftsman in Highland Park fool you. From the original built-ins to the moldings to the stained glass, the interior, though in need of some TLC, has held up pretty well over the last 106 years.

The two-story, four-bedroom residence, located just above York Boulevard, was erected in 1911 by a home builder named Harrison Biggs Heninger.

Heninger was one of the first real estate developers in Santa Ana. Together with his brother Martin, he constructed more than 150 houses in the then-rural Orange County neighborhood.

Highland Park was pretty rural then, too. There weren’t any houses “on any of the roads intersecting with York (then itself a dirt road),” according to Tim Gregory, a Pasadena-based building biographer who compiled a short history of the property.

Heninger and his wife, Flora, chose the location because of its proximity to Occidental College, where their son later graduated. Plus, Heninger “liked being able to ride his horse downtown, take care of business, and return home in time for dinner, but not to be so close to the city as to have to see it,” according to their great-great-grandson Edward Reib.

Heninger lived in the house for just four years before his death, but Flora and their son continued to live there, and the house has remained in the family since.
In increasingly expensive Highland Park, restoring the Heninger home, which measures a generous 2,908 square feet, will be a pricey project. The property is listed for $1.089 million.