Hollywood studio mogul David Geffen has sold the Malibu Beach Inn at a price of about $1.7 million per room, the highest valuation by this measure for any California hotel.

The 47-room property at Malibu’s Carbon Beach in Los Angeles County is famous for its white sand, surf and its appeal to Hollywood executives. Mr. Geffen sold the inn for nearly $80 million to West Hollywood-based real estate investors Simon and Daniel Mani of the Mani Brothers Real Estate Group, according to Simon Mani.

The Mani Brothers are “very excited about our new acquisition of the Malibu Beach Inn,” he said in an email.

Mr. Geffen, who co-founded DreamWorks Studios with Steven Spielberg and Jeffrey Katzenberg, acquired the hotel in 2005 for around $29 million. He spent more than $10 million to upgrade the property, said a person familiar with the hotel, redoing all the rooms and altering the pink façade to have a more Mediterranean look. Mr. Geffen did not respond to request for comment.

Last month, property investor Starwood Capital Group agreed to sell the Baccarat Hotel New York in midtown Manhattan for about $230 million, or more than $2 million a room, a new record on this basis. Hilton Worldwide Holdings Inc. also recently sold its flagship Waldorf Astoria on Manhattan’s Park Ave. for $1.95 billion, an all-time high for a U.S. hotel in total dollars.

The Malibu Beach Inn sale of nearly $1.7 million per room was the highest valuation for a hotel outside of Florida, New York or Hawaii, according to STR Analytics. 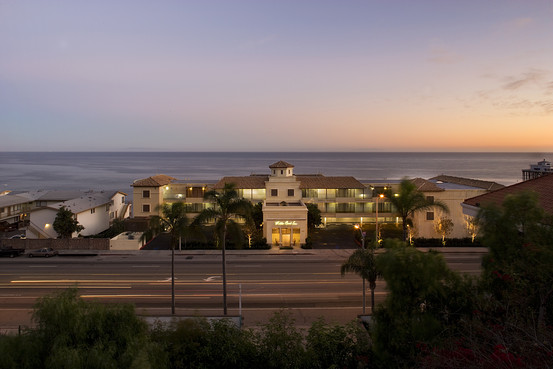