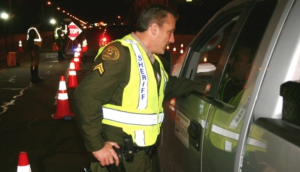 The checkpoint will screen for drug- and alcohol-impaired driving, as well as proper licensing among all drivers.

The checkpoint will be operated by officers from the Los Angeles County Sheriff’s Department’s Malibu/Lost Hills Station, although the exact location of the DUI checkpoint has not been not released. According to the Sheriff’s Department, a location has been chosen that will best provide for the safety of officers and the public, while most effectively deterring drunk and drugged driving.

“Saving lives, reducing injuries, traffic collisions and property damage is important work,” said Sheriff Lee Baca. “Every life is worth saving and we will do our utmost to keep the public safe.”

Drivers who are caught driving under the influence of drugs or alcohol could face jail time, suspended licenses, insurance increases, DUI classes and a variety of other fees and expenses. In order to avoid these penalties, the Sheriff’s Department recommends arranging rides or selecting a designated driver before drinking begins at parties and dinners, and making sure to eat plenty of food and stay hydrated with non-alcoholic beverages.

According to data from the National Highway Traffic Safety Administration (NHTSA), checkpoints are both effective and financially viable, as they yield an average savings of $6 for every $1 spent.  The funding for this checkpoint comes from a grant from the California Office of Traffic Safety through the NHTSA.