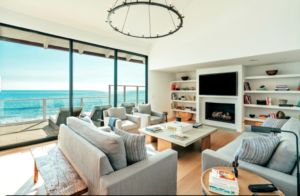 It has been a dramatic off-season for Doc Rivers. In September, the Clippers coach was fired after seven seasons with the team following a disappointing defeat in the NBA Western Conference semifinals, then was hired as head coach of the Philadelphia 76ers less than a week later.

The big move is accompanied by a big home sale, as the 59-year-old has unloaded his Malibu beach house for $12.25 million.

Spanish in style, the two-story home enjoys an oceanfront spot in Malibu Cove Colony, one of L.A. County’s most expensive enclaves, with owners over the years including “The Brady Bunch” star Barry Williams and film producer Gianni Nunnari.

Rivers’ place takes advantage of the scenic setting with pocketing walls of glass and a sprawling deck that descends to the beach. The main level houses the owner’s suite, a large space with a private balcony, walk-in closet and steam shower.

Downstairs, an open floor plan combines a living room, dining room and chef’s kitchen topped by vaulted ceilings. In addition to the four-bedroom, five-bathroom home, there’s a courtyard with a bar and a detached spa with a sauna and Japanese soaking tub.

As a player, Rivers spent time with the Atlanta Hawks, Clippers, New York Knicks and San Antonio Spurs in a career that stretched from 1983 to 1996, including an All-Star Game appearance in 1988. As a coach, he was named NBA coach of the year with the Orlando Magic in 2000 and won a championship with the Boston Celtics eight years later. During his seven seasons with the Clippers, the team posted a record of 356-208.

He’ll still have a place to stay when the Sixers visit L.A. Records show that Rivers owns a Hamptons-style mansion in Hollywood Hills that he listed for $11.25 million about a year ago. 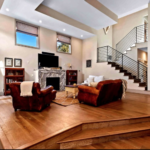 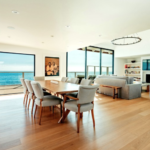 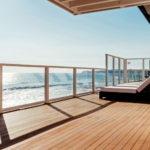 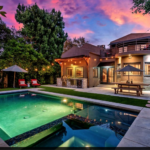