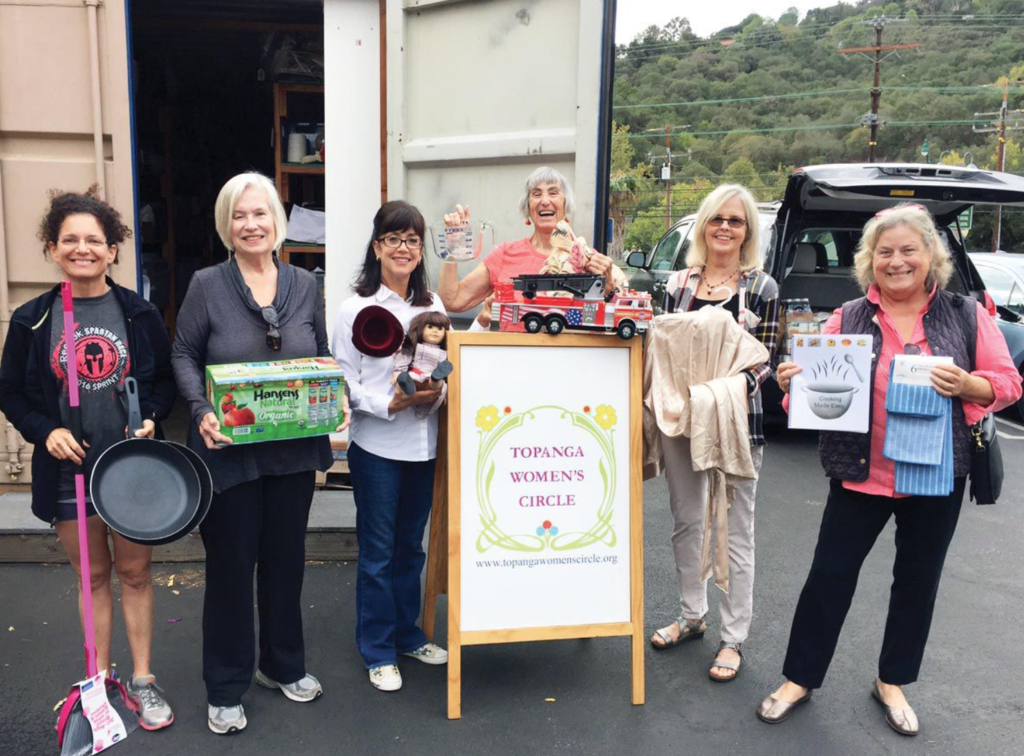 At any given time, there are 82,000 people in Los Angeles who are homeless, said Linda Ilsley, co-chair of Topanga Women’s Circle. Of those 82,000, about 17 percent, or 14,000, are families who are given priority to get transitional housing.

“We furnish their new housing with the little necessities we take for granted,” Ilsley explained. “By providing new and like-new items, we help create an environment of comfort, warmth and dignity.”

Topanga Women’s Circle was founded in 2006 by Topanga resident Arlette Parker, who was driving with her husband and noticed a mother and her son moving into a home with all their belongings in trash bags. Parker saw a need for families in transition who, after being in shelters, on the streets, or sleeping between friends and family, gradually lost most of their possessions and are starting over.

It began as a small charity with fewer than 10 women volunteers from Topanga; now there are 75, including two who have moved to Malibu. Linda Ilsley and Teresa Rosati-Royer are the current co-chairs since the founder left the area.

Topanga Women’s Circle accepts donations of new bedding, towels, rugs, personal and cleaning products, kitchen supplies, non-perishable food, and age-appropriate books and toys. Gently used lamps, rugs and other decorative items help turn a bare-bones space into a home. When the families later move into more permanent housing, they take all the items provided by TWC with them.

The group usually gets three days notice from the two agencies they work with when a family needs help. To respect the family’s privacy, little information is given about them, with the exception of the number and age of the children.

“Although we don’t do clothing any more for lack of space, we do get the children’s size so if people on our email list want to donate some like new clothing the day of so we don’t have to store it first, that’s great,” Ilsley said. “We always give a Target gift card and place a throw over the back of the couch.”

Those little extra touches turn temporary housing into a home.

TWC relies on donations. Zev Yaroslavsky, who served on the Los Angeles County Board of Supervisors representing Malibu, has been a generous supporter over the years.

While Topanga Women’s Circle doesn’t accept furniture, they can pick up items from donors who can’t get to the weekly drop-off point.

“TWC is a grassroots charity,” co-chair Teresa Rosati-Royer said. “While we have an active, dynamic team, we are always looking for more volunteers.”

“We create a comfortable, welcoming environment and return to these families a degree of dignity and self-worth as they move toward a brighter future,” Ilsley said. “There’s a huge need for our help.”

For more information: topangawomenscircle.org. To volunteer or donate: [email protected].