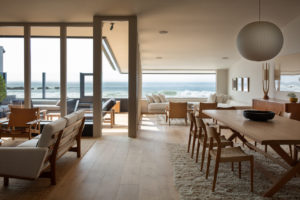 This renovated property boasts lavish imported upgrades and gorgeous views of the Pacific.

Jason Statham, the action star in movies like “The Fast and the Furious” franchise, is listing his swanky Malibu, Calif., home for $19.95 million.

Located in the Malibu Colony, a gated beachfront community known as a celebrity haven, the property has a distinctive black cedar shingle facade and a retro, midcentury modern-inspired interior, according to the listing.

Mr. Statham, a British actor known for his tough-guy roles, bought the property for about $10.6 million in 2009, records show. Recently renovated, the open-plan, roughly 3,900-square-foot home has Belgian oak floors, Burmese teak decks, radiant heated floors and floor-to-ceiling walls of glass that frame the views of “Old Joe’s,” a popular surf spot, according to the listing.

There are also three bedrooms, a large dining room with wood shelving, a brick fireplace framed with an log display feature and a large kitchen with gray oak cabinetry. Outside, the home has an outdoor patio, a Jacuzzi, a seating nook and direct access to the beach. There is also a one-bedroom guesthouse. 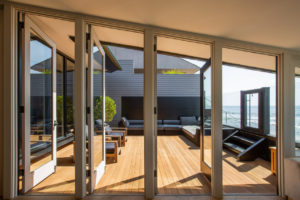