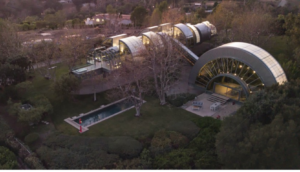 In an architecturally eclectic city where Mediterranean mansions sidle up to century-old Craftsmans and boxy modern builds, this steel-and-glass creation overlooking the ocean in Malibu still manages to stand out.

The house, which resembles an airport terminal mixed with a supervillain’s lair, just surfaced for sale at $20 million. It’s the first time the home has ever hit the market.

The striking residence was built in 1992 by Ed Niles, the modern architect whose glass-heavy structures have redefined the concept of a house across Southern California for the last half-century. One looks like a power plant. Another, a bizarre array of shapes. 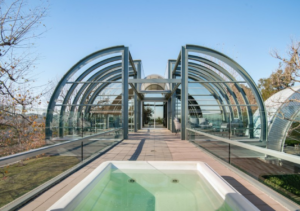 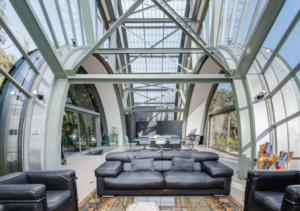 This one claims two acres and takes in the dramatic Malibu landscape from a variety of settings. Two structures occupy the property: a long, slender home made of pod-like pieces suspended 16 feet in the air, and a 35-foot semicircular great room wrapped in glass and steel. A custom skybridge connects the two.

Four bedrooms and four bathrooms are spread across the pods, as well as a gym, den, office and voluminous dome with a living room, dining area and sleek kitchen.

The primary suite expands to an open-air terrace with a hot tub perched at the edge. Down below, the grassy grounds include a dining patio and swimming pool. 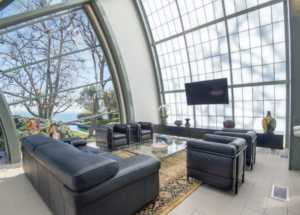 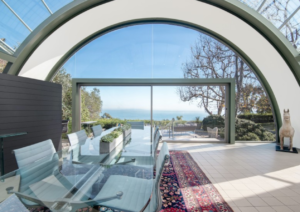 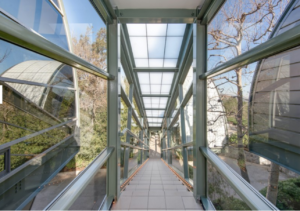 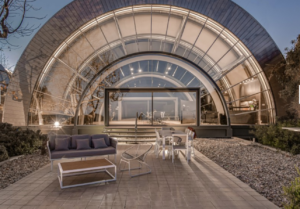