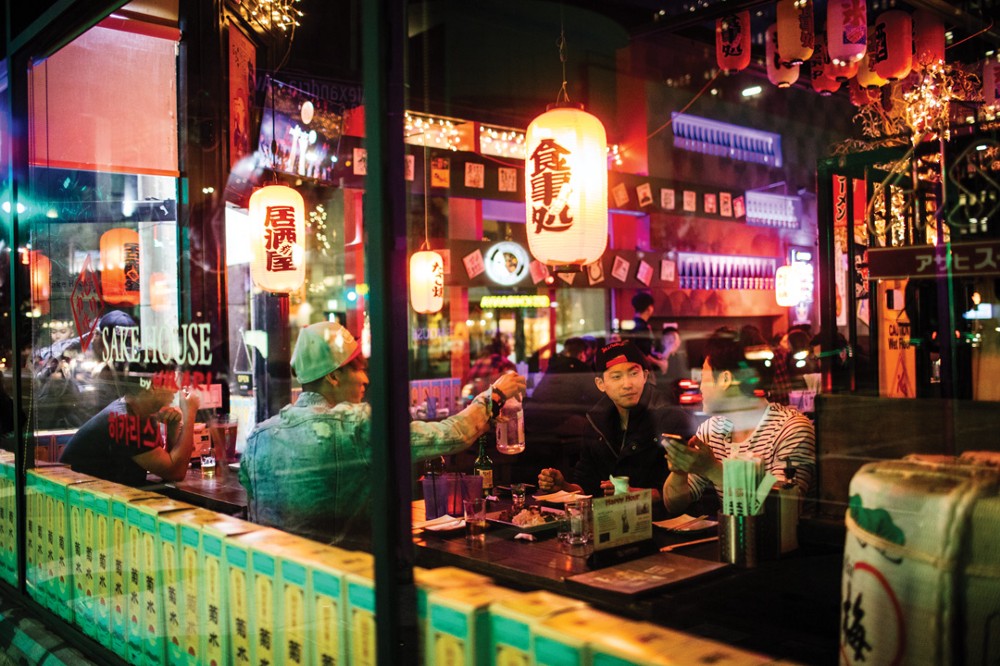 The electric energy and glittering nightlife of K-Town light up the early morning hours.

In a city full of Art Deco masterpieces, LA’s Pellissier Building holds a particular stature. Its faceted, celadon form reaches 12 majestic stories, making it the city’s tallest privately owned building when it was unveiled as a cinema in 1931. Almost a century later, the Pellissier, now a concert hall called The Wiltern, is still a flame to which the city’s night-crawlers flock as they traverse this neon-lit section of Wilshire Boulevard.

The Pellissier is much like the environs in which it stands, Koreatown. Its audiences and K-Town’s inhabitants skew young — the affordable rents and plentiful entertainment foster that — but it also tells an older story, a story about a neighborhood that was one of Los Angeles’ first, a story that continues to unfold.