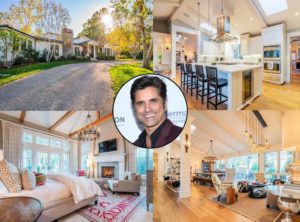 Actor John Stamos has just scooped up a “Full House,” a 5,750-square-foot, Cape Cod-style home that comes with six bedrooms, six bathrooms, and a world-class recording studio, in Hidden Hills, California, for $5.75 million.

Mr. Stamos, 55, who played the role of Jesse Katsopolis in ABC sitcom “Full House” and still plays the character on the Netflix follow-up series “Fuller House,” used a trust to buy the home on July 31, property records show. He also owns a house under the same trust in the Beverly Hills Post Office area, which he has put on the market for $6.75 million and has yet to find a buyer.

The sellers of the Hidden Hills house are Swedish music producer Adam Anders and his wife, singer Nikki Anders, who purchased the estate for $2.2 million in 2010, property records show.

The home features a recording studio with a separate entrance, which can double as guest quarters. Additionally, the home features an open floor plan, wide-plank oak flooring, whitewashed vaulted beam ceilings, marble countertops, designer chandeliers, and multiple fireplaces, according to the listing. 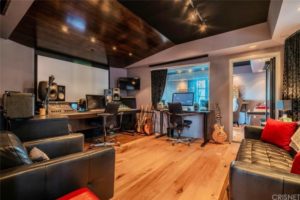