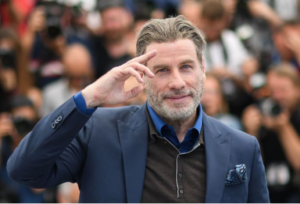 Is it the end of summer loving in Brentwood for John Travolta? The actor and his wife, actress Kelly Preston, have quietly sold their longtime home in the Los Angeles neighborhood in an off-market deal for $18 million. The buyer was a trust tied to big-time record executive Scooter Braun, who also owns the property next door, according to real estate sources outside the transaction.

The fenced and gated estate centers on a Spanish-style mansion of 9,100 square feet with 10 bedrooms and 10 bathrooms. A guardhouse and two garages are among other structures on the site.

Built in 1949, the two-story house features beamed ceilings, Saltillo tile floors and hand-painted tilework. Fireplaces with imported stone mantles bookend the living and dining rooms, which connect to the entry through a row of arches. Of the 10 bedrooms, four are master suites. There’s also a screening room. 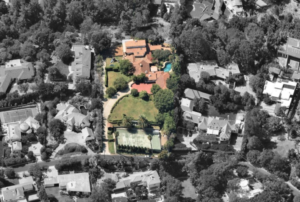 Outside, the double-lot property is surrounded by mature trees and landscaping. The swimming pool is outfitted with a rock waterfall and spa. A treehouse, a playground, lawn, dining patios and an expansive deck with canyon views fill out the grounds.

Travolta and Preston originally leased the compound before buying it in the late 1990s, The Los Angeles Times previously reported. The couple own other property in Los Angeles, Maine and Florida.

Travolta, 65, gained fame in the 1970s for his roles in “Saturday Night Fever” (1977) and “Grease” (1978) as well as the television show “Welcome Back, Kotter.” The actor has shown no signs of slowing down, appearing in three films last year, including “The Poison Rose” with Morgan Freeman.

Preston, 57, has film credits that include “Twins” (1988) and “Jerry Maguire” (1996). More recently, she played Victoria Gotti in the 2018 biographical crime film “Gotti,” which starred Travolta as mobster John Gotti.

Braun, 38, formed Raymond-Braun Media Group, a joint venture with the artist Usher, in 2008. Among is clients are Justin Bieber, Ariana Grande and Demi Lovato.