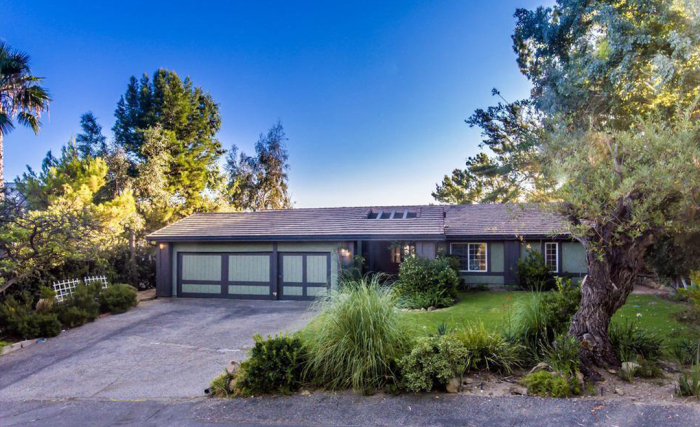 Joshua Malina, who portrays the attorney general on the megahit primetime drama “Scandal” — and, in his real life, is a strident critic of Donald Trump who made scandalous political headlines of his own last month when, via Twitter, he called the president and those who voted for him “stupid c**ks,” — listed his longtime home high in the rugged mountains above Malibu’s Las Flores beach with an asking price a bit more than $1.7 million. The former “West Wing” star, currently appearing as Deep Throat in the recently launched Netflix sequel series “Wet Hot American Summer: Ten Years Later,” paid $675,000 for the unassuming single-story ranch ranch-style residence in the fall of 2001. 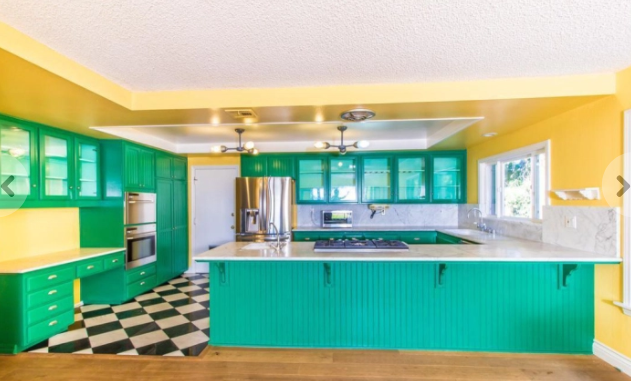 Situated on a mostly flat, bluff-top parcel of more than one-third of an acre with alluring, tree-framed canyon and ocean views, the humble if hardly inexpensive house has three bedrooms and 2.5 bathrooms in a bit under 2,300- square-feet. Wide plank hardwood floorboards run throughout most of the house including in the roomy, combination living and -dining room that’s divided by a pony wall and features a white brick fireplace set between French doors. The well-equipped kitchen features spirited, Kelly green cabinets, high-end appliances, marble counter tops and, unexpectedly, a downright elegant black and white marble checkerboard pattern floor.

The spacious adjoining family room opens through a bank of French doors to a trellis-covered terrace that spans the full width of the house, and beyond the shaded patio the large, flat and grassy yard, which spills off into the canyon, includes an above ground spa nestled into the tree-shaded hillside. 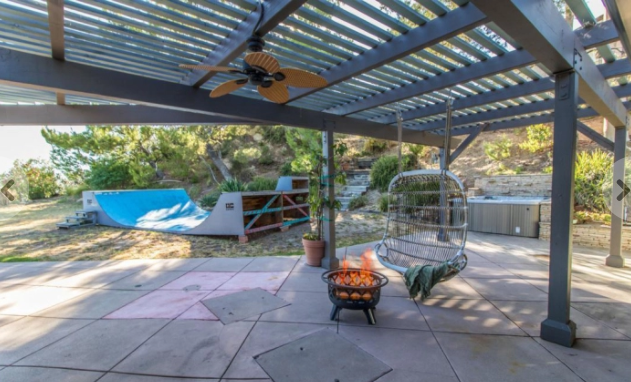