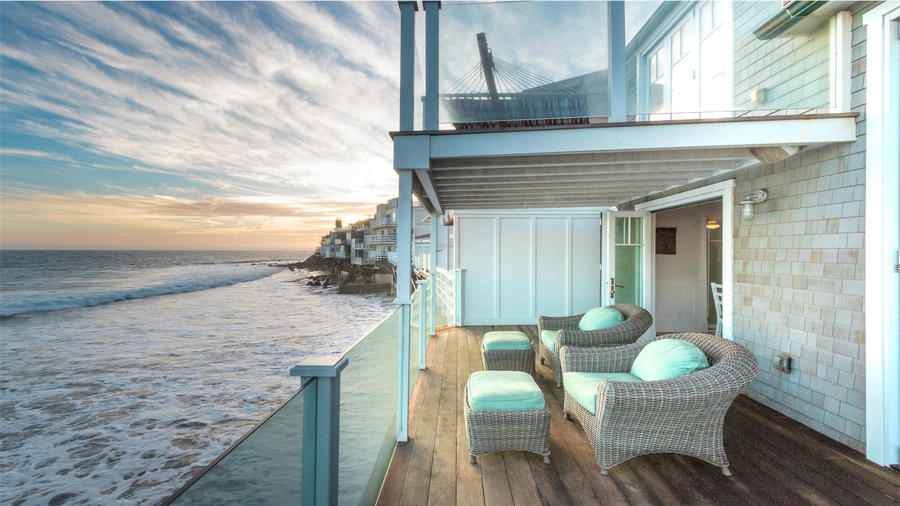 On Malibu’s Las Tunas Beach, a Cape Cod-style home once owned by actress Judy Garland has come on the market for $3.695 million.

Garland purchased the three-bedroom retreat, newly built at the time, in 1947 when she was married to film and stage director Vincente Minnelli, The Times previously reported. Since then, the residence has seen some changes, including a down-to-the-studs renovation three years ago.

White detailing throughout the home complements the white oak floors, making the breezy house feel right at home on the beach.

The living room features 10-foot accordion doors that open to the wraparound Ipe wood deck. Vaulted ceilings complete the space, while a two-sided see-through fireplace connects the living room to the dining room. White cabinetry accents the kitchen, which also has Viking appliances and marble countertops.

Vaulted ceilings continue into the master suite, which has a private sundeck. The bathroom is outfitted with a steam shower and custom tile work.

Surround-sound Sonos is hardwired into the two-story home. A loft and 2.5 bathrooms complete the 1,728 square feet of interior space.

Russell Grether and Tony Mark of Compass hold the listing.