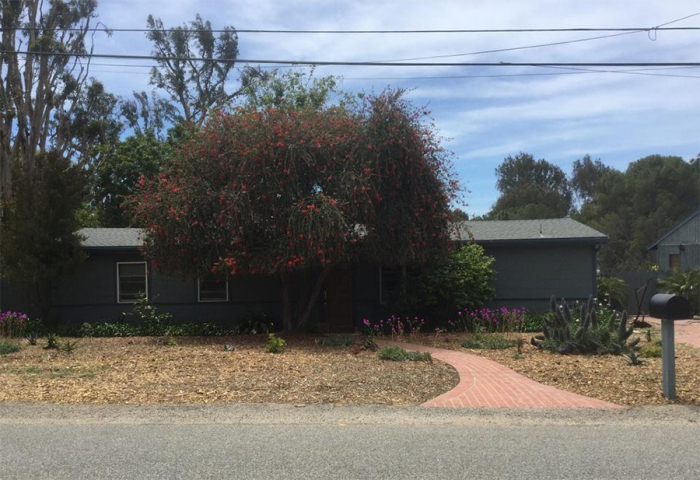 By Mark David
@YourMamaTweets
From Variety.com

The existing house, with three bedrooms and just one bathroom in 1,620-square-feet, doesn’t appear to be in particularly good condition and will most likely be radically reimagined or all together razed to make way for something more significant. Online marketing materials do not include any images of the interior but do indicate there is a wood beamed ceiling in the living room as well as in the kitchen that opens to a spacious, tree-shaded brick patio. There’s also a detached two-car garage, a large and unkempt downward sloped backyard and, arguably the most covetous and valuable feature of all, a deeded key to the gates of the Riviera I parking lot and foot path to Little Dume, one of Malibu’s most idyllic and effectively private beaches that is otherwise nearly inaccessible to the public. 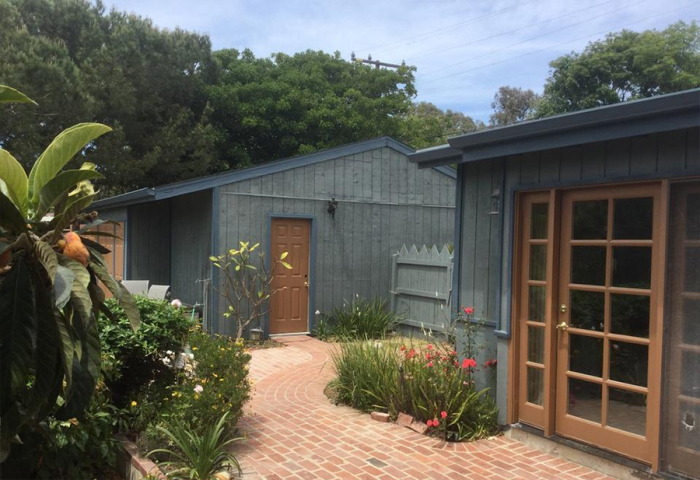 The “August: Osage County” star, recently seen with George Clooney in the Jodie Foster directed hostage drama “Money Monster” and soon to appear opposite Owen Wilson in the heart-warming drama “Wonder,” has long owned a two-plus-acre bluff-top estate on Malibu’s Point Dume she bought in late 2003 for about $9.5 million and custom built a rambling, Craftsman-style mansion with swimming pool, tennis court, extensive gardens and cliff-side yurt. In early 2016, after a yearlong legal battle with the sellers, the Roberts-Moders shelled out another $6.84 million for the 1,770-square-foot, 1950s ranch-style house directly across the street that’s privately sequestered behind an imposing hedge on 1.16 landscaped acres.

Outside of Los Angeles, the world-famous but publicity eschewing couple’s residential holdings include a rural ranch property north of Taos, NM, where she and Mister Moder were quietly married in 2002, as well as a secluded, multi-parcel beachfront spread near Hanalei Bay on the Hawaiian Island of Kauai that was scooped up in a series of separate but contiguous 2009 transactions that totaled $10 million. In New York City, where she once owned a large apartment on lower Fifth Avenue sold in 2005 for $4.1 million to Holly Hunt and about 1.5 years ago sold a four-bedroom penthouse in Greenwich Village for $5.35 million, the veteran movie star and the cameraman turned cinematographer still own three units in a classy apartment house across the street from New York City’s exclusive and private Gramercy Park.