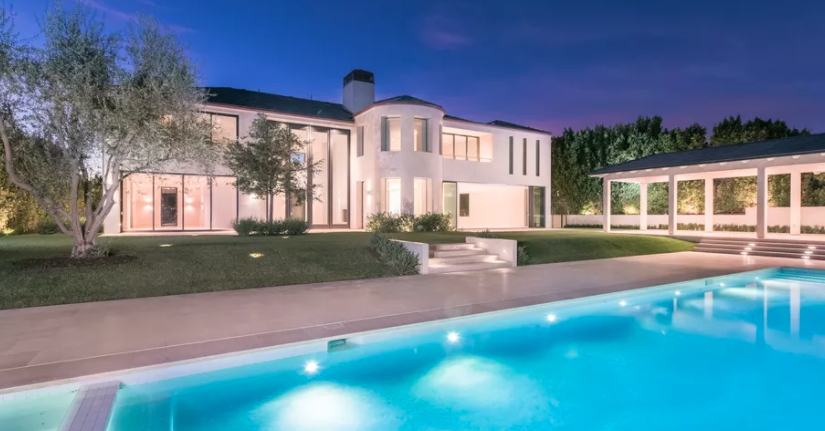 When Kim Kardashian-West and Kanye West bought a Bel Air McMansion in 2013, they immediately began a thorough renovation that only recently concluded. The once tacky estate, now a “modern, minimalist home,” has just sold for $17.8 million, TMZ reports.

The Kardashian-Wests paid $9 million for the house, and though its not known how much they spent during the years of renovations, they likely turned a hefty profit on the deal. According to TMZ, “the sale stands as the most expensive sale ever in the exclusive Bel-Air Crest community.”

It appears that the property was never officially listed on the MLS for sale. But there have been rumors on and off for the last two years that the house was on the market, reportedly for more than $20 million.

The Kardashian-Wests now live in a tasteful and secluded Hidden Hills mansion, which they purchased in the late summer of 2014. They’ve been renovating that residence as well—TMZ has aerial photos that show that the vineyards and vast lawns seen in the house’s listing photos have disappeared.