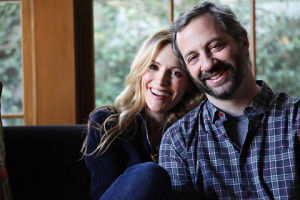 By Melissa Caskey /The Malibu Times

It looks like Malibu can add another A-list couple to its roster of celebrity residents.

The four-bedroom, 4.5-bathroom beachfront cottage formerly owned by the late producer Laura Ziskin had been on the market since earlier this year.

Apatow is famous for directing comedies such as “The 40-Year-Old Virgin,” “Bridesmaids,” “Superbad,” and “Knocked Up.” Mann has appeared in several of Apatow’s films. According to the Hollywood Reporter, the couple also owns homes in Brentwood, Santa Monica and Beverly Hills.

By moving into the Malibu Colony, the couple will be flanked by several celebrity neighbors such as Sting, Howie Mandel, Tom Hanks and Rita Wilson. Pamela Anderson recently put her Colony residence on the market for $7.75 million.