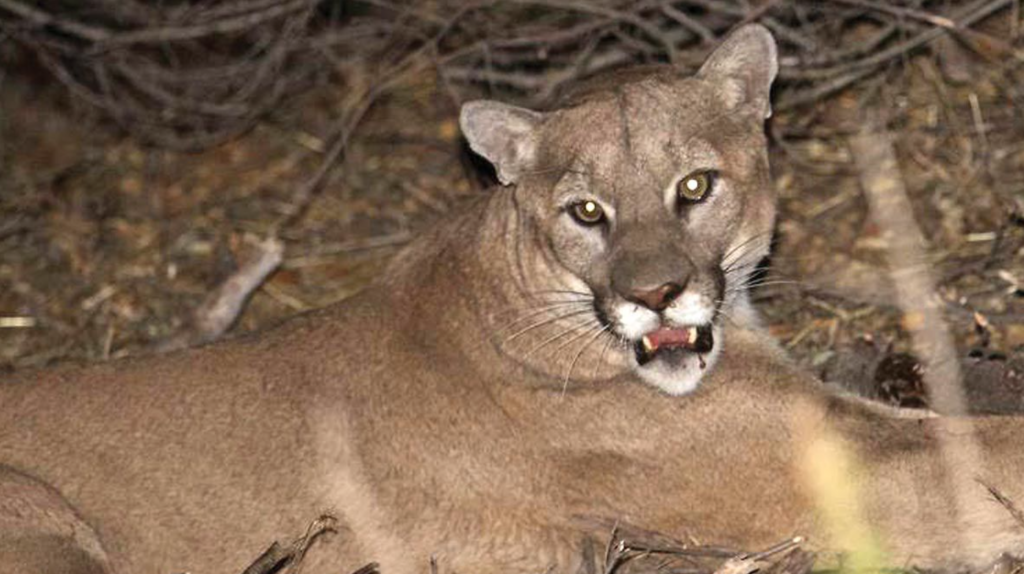 A rancher whose alpacas were killed has been issued a permit to kill the mountain lion.

A local mountain lion, suspected to be P-45, one of the mountain lions being tracked by the National Park Service, is the prime suspect in killing 10 alpacas at a ranch off of Mulholland on Saturday, and a goat and an alpaca two miles away near Decker Canyon Road on Sunday.

“Since they were already dead, there was nothing to investigate or rush to get out there,” State Department of Fish & Wildlife spokesman Hughan told LAist. “So, [the state warden] went out [Monday] and found and verified [the kills].

“The warden told me that this woman [whose alpacas were killed on Saturday] and her farm had done a good job trying to protect her animals. They had electric fences, they had motion lights, but the lion was very determined and got in there anyway,” Hughan continued.

The department has now issued what is called a depredation permit to the rancher which, according to Hughan, “allows her to hire someone to track down and kill that mountain lion.”

“That’s state law,” Hughan explained. “If a mountain lion destroys your property, then under state law, the property owner can ask for the permit, and we shall issue the permit. There’s no negotiation or leeway.”

Kate Kuykendall, acting superintendent of the Santa Monica Mountains National Recreation Area, told KBUU on Monday, “We can confirm that P-45 was in the area (of the attacks).”

Hughan confirmed that a depredation permit had, in fact, been issued to the rancher and that she had already “hired an agent to make the attempt.”

“Now, that doesn’t mean that she’s going to be able to find that animal and kill it — it just gives her permission to try,” he said.

The state doesn’t trap or relocate mountain lions, because that in itself is usually a death sentence — a relocated cat could be killed by another mountain lion over territory, or unable to find food and water.

According to a report on NBC4, the depredation permit is only issued for a period of 10 days.