Malibu is No. 10 Second-Home Market in California, Start-up Finds 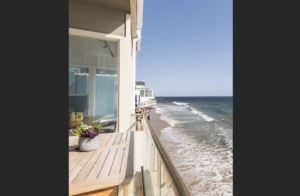 By Genevieve Finn / Special to The Malibu Times

Second home start-up Pacaso shared a press release on Wednesday, May 26, which listed Malibu as 10th on its “second home heat index.”

“These are places that not only have a high percentage of secondary home inventory, but also places that have rapidly increased in buyer demand throughout the past year. In these markets, homes have been selling faster than ever before and have seen some of the biggest gains in competition and price growth,” according to the information.

According to Pacaso, a start-up company that organizes the sale of and manages second homes for up to eight people, Malibu experienced seven-percent growth as of April 2021. The median sale price for a Malibu second home was $2,550,760.

The second home markets that topped the list included Truckee, a forested town in Nevada County; Paso Robles, known for its wineries; and desert resort city Cathedral City in the Coachella Valley.

“Destinations that made the list … tend to feature travel-friendly amenities, are close to major cities and many are comparatively more affordable than neighboring markets,” the press release elaborated.