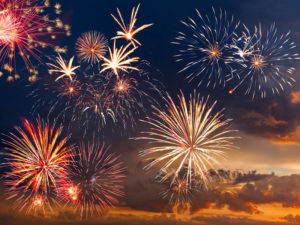 Professional fireworks displays will be launched from barges off the Malibu coast thanks to permits issued by the Los Angeles County Fire Department’s Fire Prevention Office. Permits have been issued in the vicinity offshore from the 21600 block of Pacific Coast Highway near Carbon Beach and La Costa on July 1, and at Paradise Cove on July 4.

Both displays are expected to begin at about 9 p.m. Malibu Municipal Code Section 9.36 requires that fireworks “commence no earlier than sunset and conclude by 10 p.m.,” according to the City of Malibu.

Residents and visitors are reminded that fireworks of any kind are strictly prohibited within the Malibu city limits, the city press release said. Special holiday hours at City parks and facilities can be found on the City website.