The ongoing battle over public beach access in Malibu has hit a crescendo. The California Coastal Commission, newly embolden by the state with the power to penalize violators of coastal access laws, has fined two Malibu property owners $5.1 million for blocking public beach access, the Los Angeles Times reports.

The biggest fine, $4.185 million, was levied against Dr. Warren M. Lent and his wife Henny for blocking beach access at an oceanside rental they own on Las Flores Beach.

The Lent property (center) was fined $4.185 million. Bing Maps
The Lent property has been a thorn in the Coastal Commission’s side since 1979, when the then-owner was granted permission to build a home on the lot and returned the favor by blocking access with a gate, fence, private stairway and deck, all without a permit. The commission was toothless at the time to combat the violations. When the Lents picked up the property in 2002, they continued the tradition of blocking access, turning the home into a $1,000-per-night vacation rental.

Commissioners have long called out the Lents for their “flagrant violation” of the law. Since 2007, they have sent nearly 30 warning letters to the couple. The Lent’s attorney, told the Times the couple has offered to restore beach access.

Commissioner Mark Vargas isn’t mincing words about the attitude of entitlement that his agency is combatting. Vargas told the Times, “this represents an attitude we often see in Malibu — that the shore is our private backyard. Violators, he said, are “damaging the public’s right to use the beach.” 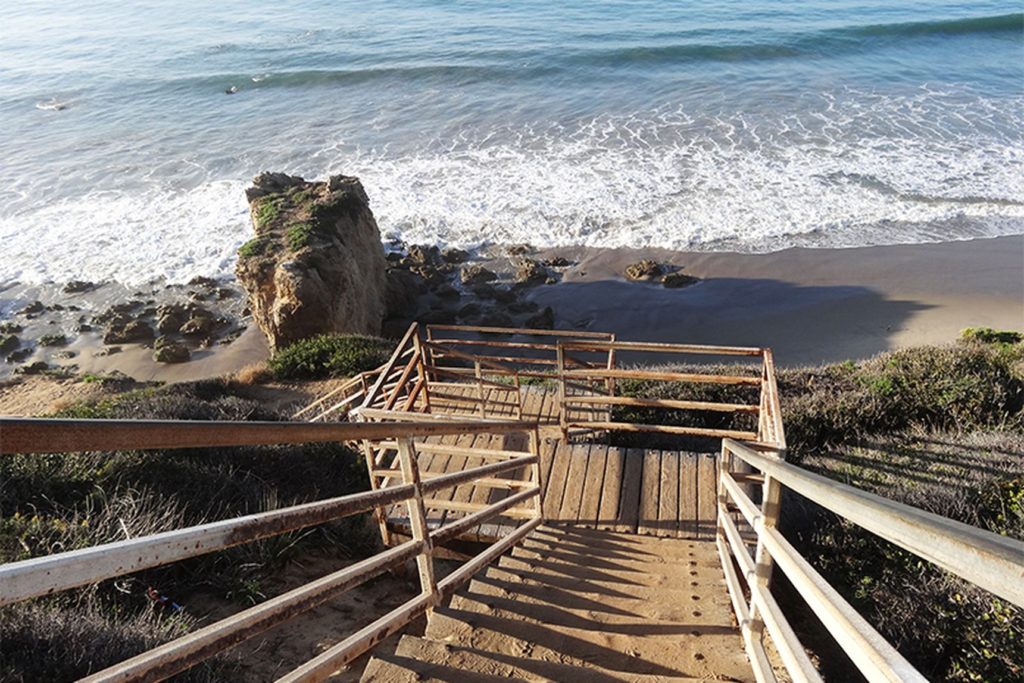