After a decade-long legal fight that pitted public access advocates against a wealthy homeowner who refused to build a path, the California Coastal Commission is officially opening a third accessway along the 1.5-mile Carbon Beach on Tuesday.

“It’s an amazing stretch of coast that should be open to everyone,” said Charles Lester, the commission’s executive director.

Geffen spent years fighting against public access before opening up a path promised in 1983 in exchange for a remodeling permit. At the time, it was one of about 1,300 promised walkways, though many were never opened.

State law guarantees the public beach access up to the mean high tide line. But in areas like Malibu, many affluent and influential residents have taken extensive measures to keep beachgoers out of their sandy backyards.

The lengthy legal quarrel over Carbon Beach access dates back to the 1980s. The state’s Coastal Commission issued Lisette and Norman Ackerberg building permits in exchange for providing a public accessway beside their house.

The Ackerbergs put up various impediments, including a 9-foot-high wall, large boulders, and a tennis court to resist building an easement.

In 2009, Lisette Ackerberg, whose husband died in 2004, filed a lawsuit against the Coastal Commission to overturn its order opening a public pathway. California’s 2nd District Court of Appeals ruled in favor of the agency.

In 2013, the commission approved a settlement requiring Ackerberg to pay $1.1 million in fines. Some of the money will go to the Mountains Recreation and Conservation Authority to operate and maintain the pathway and reimburse the Attorney General’s office for legal fees.

Ackerberg said she and her husband considered themselves advocates for both the environment and people with disabilities. She has offered to build a wheelchair-accessible path to address the lack of accommodation for the disabled.

“If this battle brings ADA (Americans with Disabilities Act) access to other accessways, that is progress and a worthy endeavor,” Ackerberg wrote in an email.

Graham Hamilton, chairman of the West LA/Malibu chapter of the Surfrider Foundation, said he is pleased with the opening, but he also acknowledged the remaining challenges ahead.

“It’s a small victory in a very large battle,” Hamilton said. “We hope that any development that is going to take place in the future remembers the citizens’ rights under the California Coastal Act and state constitution, which allow public access to coastal lines.”

The Carbon Beach West pathway, as it’s officially known, will open between sunrise and sunset.

The commission plans to open at least 18 additional access ways in Malibu. 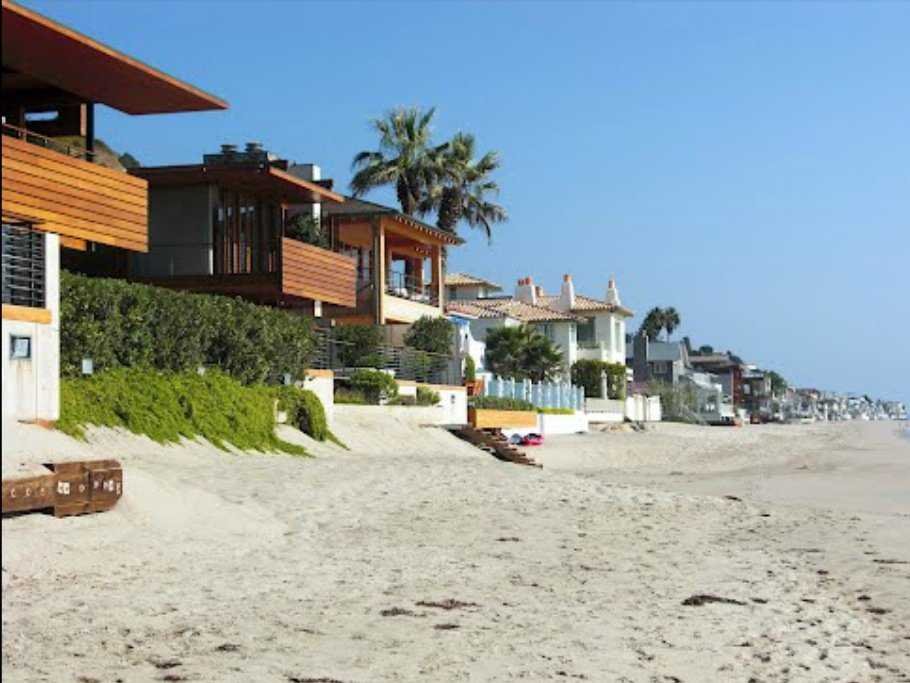