YOUR MAMA’S NOTES: Several of Your Mama’s celebrity real estate compadres reported back in early December (2014) that car crazy comedian and radio/podcast personality Adam Carolla sold his Malibu spread for $3.6 million after he first listed it over the summer for almost $4.5 million. Thanks to the ever-prolific real estate yenta Yolanda Yakketyyak, it recently came to our attention that the previously unidentified buyer was none other than Muse frontman Matt Bellamy, a quirky, anti-establishment-minded musician perhaps best known by tabloid readers and red-carpet obsessives as Kate Hudson’s former fiancé and baby daddy.

The famously outspoken Mister Carolla, a Tinseltown veteran who hosts a wildly successful podcast (“The Adam Carolla Show”) and recently made a not-yet-released, feature-length documentary about Paul Newman’s 35-year racing career, purchased the Point Dume property in April 2007 for $3.6 million.

Listing details from the time of the transaction show the walled and gated, and mostly flat, 1.76-acre spread includes a fully updated and upgraded if fairly ordinary, 2,810-square-foot 1950s ranch house with four bedrooms, four bathrooms, open plan living spaces with frameless glass walls and glimmering ocean views. A detached, one-bedroom and one-bathroom guesthouse has a separate and also gated driveway as well as an ocean view. The back of the house wraps around two sides of a tiled terrace that gives way to a broad sweep of lawn that stretches out toward the ocean. A free-form swimming pool has a circular spa set somewhat awkwardly right in the middle, which means that a person must make a short leap across or a brief wade through a shallow channel of cold pool water in order to get in or out of the spa.

Once upon a time, the Point Dume area was a less desirable and, hence, less expensive section of the divinely scenic if traffic-choked coastal city, but nowadays it’s pricey and very popular with Hollywood types. One of Mister Bellamy’s nearest neighbors is movie producer and financier Ryan Kavanaugh who, the children may recall, bought his multiacre mini-compound in late 2013 for $7 million from germophobe comedian and game show host Howie Mandel. Other high-profile homeowners in the relaxed but very seriously swank ‘hood are — to name but a few — Gwyneth Paltrow and/or her estranged but consciously uncoupled rock star husband Chris Martin, Owen Wilson, Julia Roberts, Matthew McConaughey, Cheryl Hines and Robert Kennedy Jr., Chris Hemsworth, Bob Dylan, Martin Sheen and his son Emilio Estevez, who, celebrity real estate watchers will recall, unsuccessfully floated his one-acre-ish estate off-market in late 2013 with an asking price of $7.8 million.

Mister Bellamy used to shack up with his former fiancée and baby momma, Kate Hudson, who owns a pair of side-by-side properties in the ritzy and celebrity-packed Riviera section of Pacific Palisades, and Mister Carolla owns a hilltop house in the Hollywood Knolls section of the Hollywood Hills — he set it out for lease in 2013 at $13,500 per month — as well as a nearly 4,000-square-foot, single-story hacienda-style casa in the affluent La Cañada-Flintridge community that he and his missus picked up in the fall 2013 for $2.965 million. 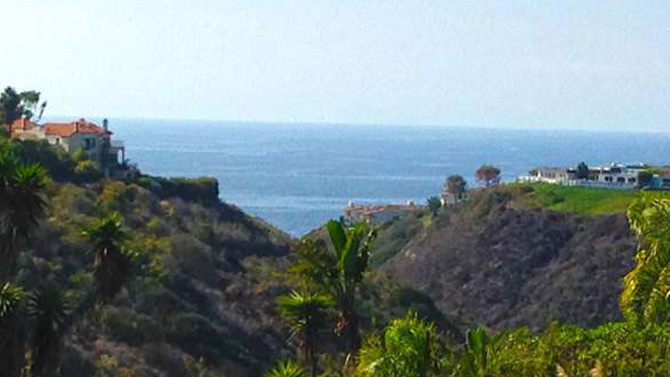