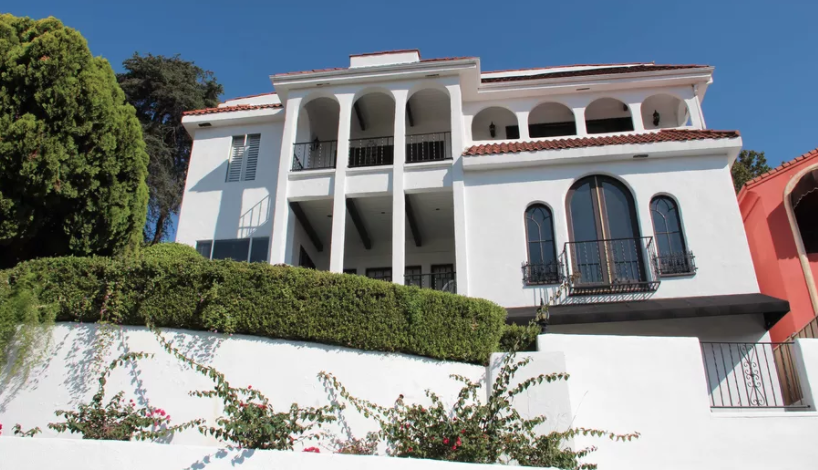 Perched above the street right beneath the Hollywood Bowl, this 1920s Mediterranean-style home was commissioned by Hugo Kirchhofer, who—as one of the bowl’s founding musical directors—must have had a very easy commute to work.

Kirchhofer, in fact, is now remembered as the person who gave the venerable outdoor amphitheater its name (though “Hollywood Bowl” seems like an obvious title, when it was founded, the U.S. had few other similarly-named venues, save for Connecticut’s Yale Bowl).

The elegant residence is now up for grabs for the first time since 1993 and looks to be in fairly original condition, though the listing notes that it’s being sold in “as is” condition, so buyers may need to put a bit of work in to get it into tip-top shape. 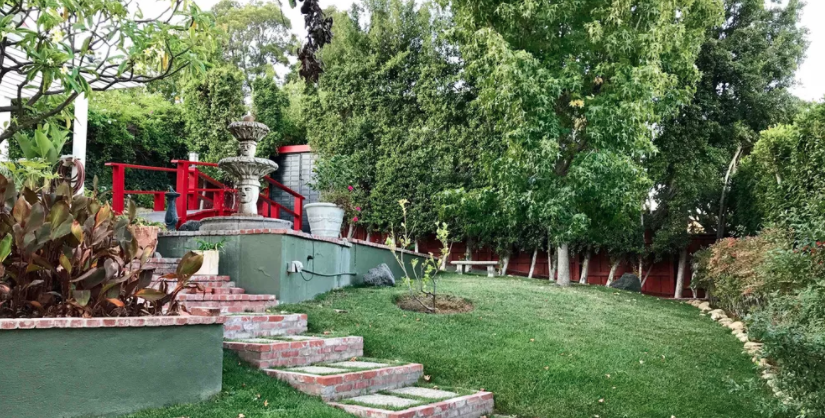 Rising two stories in height, the residence features multiple patios and balconies that look out across the hills and into the Downtown Hollywood area below. The property includes two lots totaling 8,206 square feet, and behind the home is a grassy, park-like stretch of lawn with fountains and space for outdoor seating. 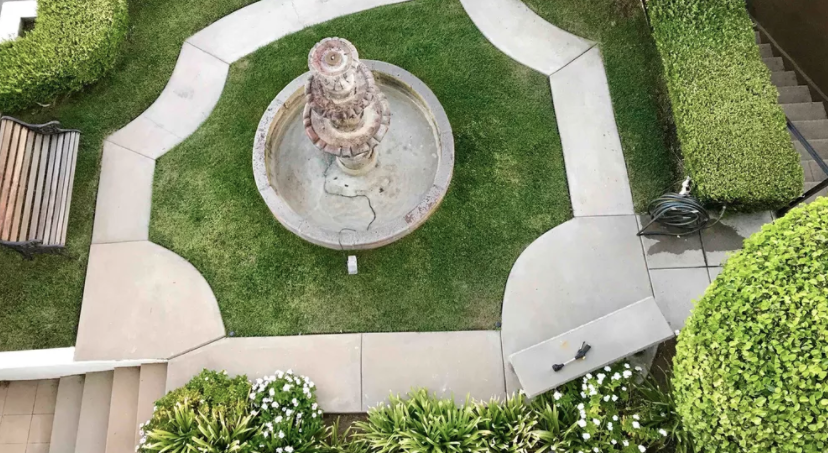