YOUR MAMA’S NOTES: Word on the celebrity gossip grapevine is that giddy Disney darling-turned-giddily rebellious international pop star Miley Cyrus has shelled out a five million bucks for an equestrian estate in the celebrated, guard-gated and star-studded Hidden Hills enclave in L.A.’s far western suburbs. Various listings we needled out of the digital ether show the not-famous seller had the hill-topping spread — at more than five acres, it’s one of the largest parcels in the community — on and off the market since at least the fall of 2008, when it popped up with an in-hindsight preposterously optimistic $7.29 million pricetag. An in-the-know birdie told us the property eventually sold for a bit more than $4 million to an investor-developer who, rather than raze the existing residence and building an even bigger mansion, flipped it at a nice profit to young Miss Cyrus who was represented in the purchase by Nate Smith and Josh and Matt Altman at Douglas Elliman.

The updated and traditionally fitted, boomerang-shaped two-story ranch-meets-Monterey-Colonial-style house was originally built in 1954 and measures in per online marketing materials at more than 6,000 square feet. A roomy and meandering open plan main living space pivots around a red brick cylinder that houses a climate controlled 1,000-bottle wine cellar and offers multiple seating and dining areas, a built-in bar, a used brick fireplace surmounted — natch — by a flatscreen television, wide-plank wood floors under a vaulted and exposed beam ceiling and numerous French doors that link to a variety of outdoor living areas. The sky-lit and tile-floored center island kitchen — large, well equipped with high-grade materials but, by our utterly meaningless opinion, hardly stylish — opens to the main living space over an angled, six-seat snack counter and includes bead board accented two-tone cabinetry, granite countertops and the customary suite of higher-quality stainless steel appliances.

The estate’s extensive grounds, accessed by a long drive lined with and shaded by mature trees, provides Miss Cyrus with extensive recreational opportunities: a variety of verandas and lanais for easy-breezy indoor-outdoor living; a swimming pool and spa set somewhat unfortunately around the end of the residence; a built-in barbecue situation and an outdoor fireplace. Horse facilities include a 10-stall barn with tack and storage space, a one-acre riding ring and a couple of adjacent paddocks, and there’s also a chicken coop and hen-house, vegetable and citrus gardens and, planted on the sunny upslope behind the stables, a 550-vine vineyard with Cabernet Sauvignon and Merlot grapes.

Other high-profile homeowners in Hidden Hills include behemoth bootied tabloid staple Kim Kardashian and her generously egoed husband Kanye West; entertainer and lucratively compensated “American Idol” judge Jennifer Lopez, who has her 17,000-square-foot Hidden Hills compound up for sale for $17 million; squeaky clean Canadian rapper Drake; reality star-turned-apparel mogul Jessica Simpson and her retired professional tight end husband Eric Johnson, who bought their estate a few years ago from Sharon and Ozzy Osbourne. Incidentally, after only about a year of ownership, singer-songwriter Colbie Caillot recently unloaded a spacious manse — just a few doors down and across the street from savvy and some might argue Machiavellian Kardashian family momager Kris Jenner — for $6.2 million to Dwight Yoakum’s manager Laura McCorkindale, the same woman who — so our sources tell us — recently sold a historic estate in Toluca Lake to Eurythmics musician Dave Stewart. Anyways…

Miss Cyrus still owns a single-story contemporary behind heavily fortified gates in the hills above Studio City that she acquired over the summer of 2011 for $3.9 million and last month the controversy courting 22-year-old entertainer sold her 8,000-plus-square-foot former family house in the estate section of Toluca Lake for exactly $6 million to — so swears inestimable real etate yenta Yolanda Yakketyyak — American heiress Ariadne Getty. As far as this property gossip know, her parents, Billy Ray and Tish Cyrus, now occupy a newly remodeled Toluca Lake compound purchased in March 2009 for $3.4 million and the Cyrus family also maintains a bucolic, 200-plus-acre spread in rural Thompson’s Station, Tennessee. 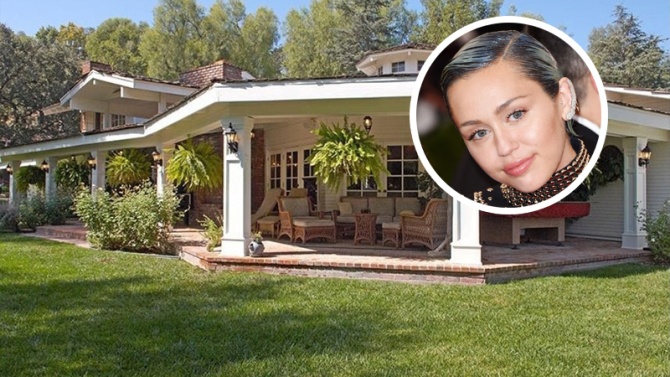 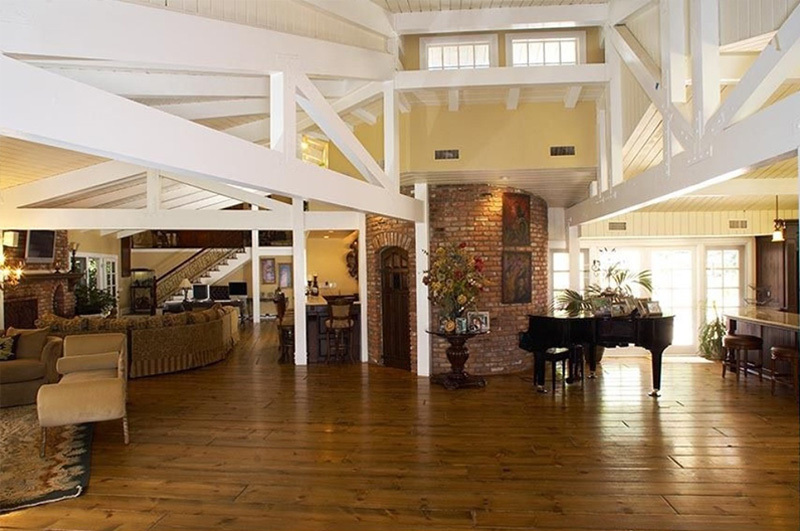 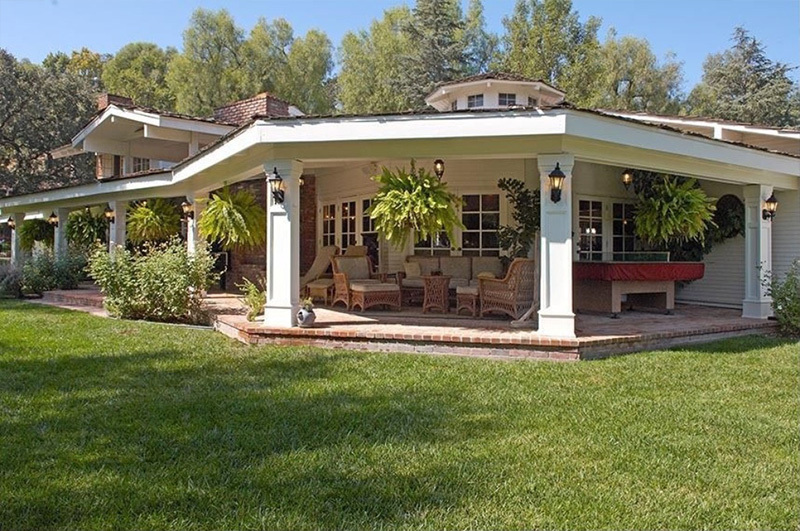 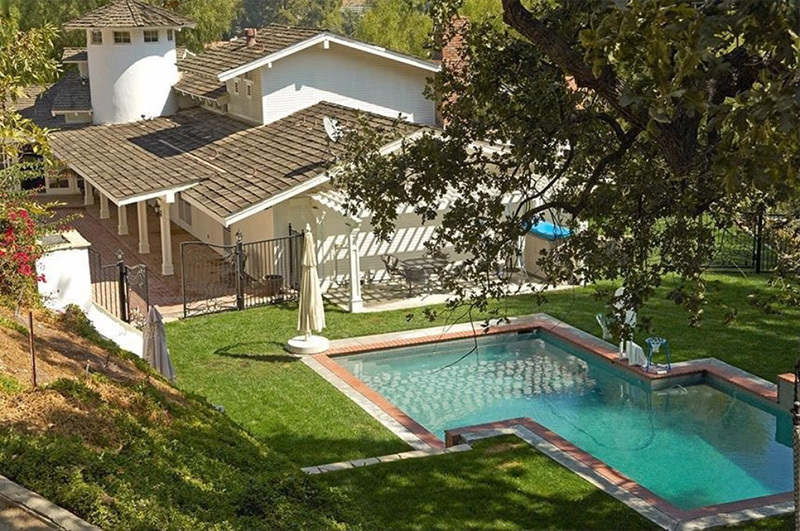 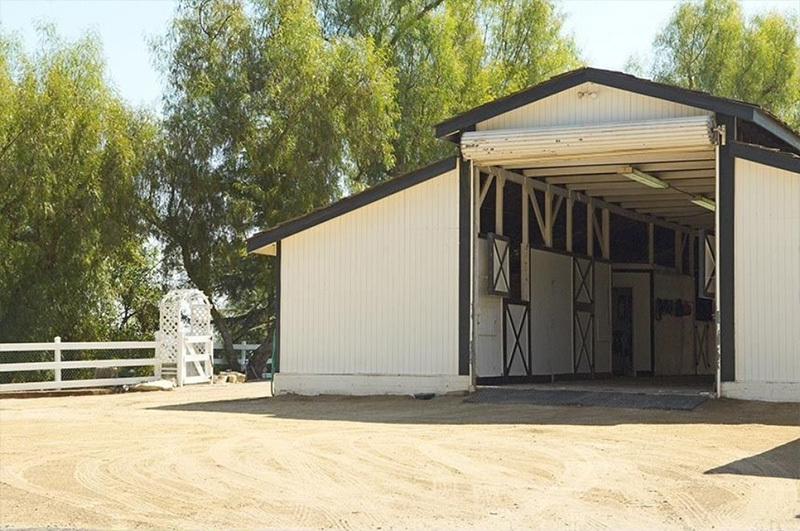 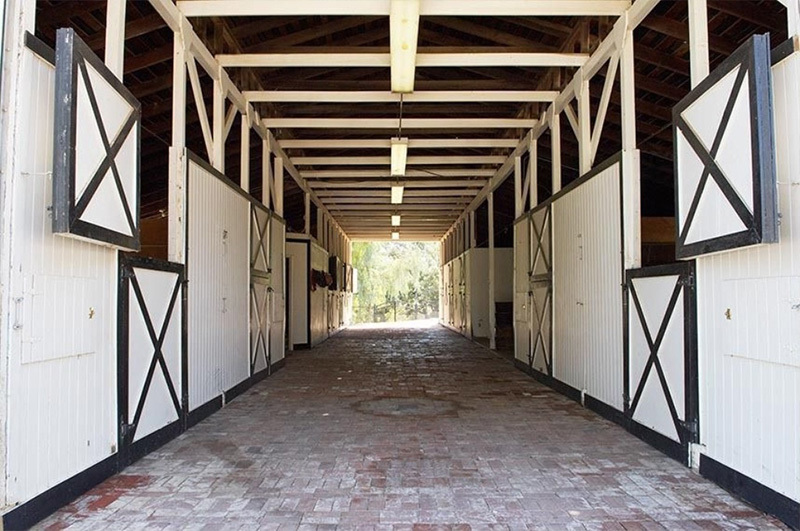