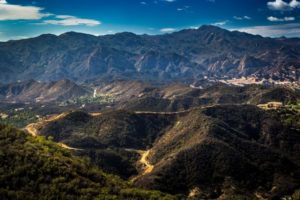 The top 20 list leads with The Oaks of Calabasas, a doubled-gated Los Angeles suburb that’s a favorite spot of the Kardashians. Four additional Los Angeles-area communities rank in the top 20, which is based on Zillow page views per listing from January 1 through March 31.

They include Bel Air, Beverly Glen and the Hollywood Hills, all celebrity hot spots that have been home to everyone from Real Housewives to Jennifer Aniston and Leonardo di Caprio. Rounding out the area’s popular neighborhoods is the exclusive mountains-to-beach enclave of Point Dume in Malibu.

The San Francisco area has even more sought-after neighborhoods, including Presidio Heights, Cow Hollow and Miraloma Park in the city itself; Paradise Park and Montclair in nearby Oakland; and Tamalpais Valley across the Golden Gate Bridge in Marin County.

Three of the country’s top 20 are in the Atlanta area: Tuxedo Park, Kingswood and Brandon. Two are in the Seattle area: Laurelhurst and Meydenbauer. And there’s one popular neighborhood apiece in the metros of San Jose, Calif. (Old Palo Alto), San Diego (South Beach), Washington, D.C. (Woodland-Normanstone Terrace) and New York (the Crestwood neighborhood in Yonkers).

The difference was particularly pronounced for the popular Atlanta neighborhoods, which each carried median list prices of more than $1 million, while the median list price in the city of Atlanta in general was $320,450.