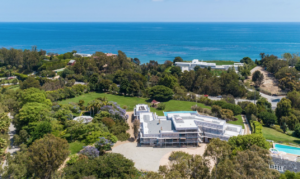 Basketball Hall of Famer Kevin Garnett just scored $16 million in Malibu, selling a half-finished mansion that he’d been shopping around for the last three years.

That’s $3.9 million shy of the price he was asking, but still a sizable improvement over the $6.4 million he paid for the property in 2003.

When Garnett bought the coastal spread, it held a six-bedroom villa. Now, it holds an 11,000-square-foot showplace that’s still under construction. The structure itself is there, but Garnett left the interiors unfinished to allow the buyer to complete it with their own personal style. 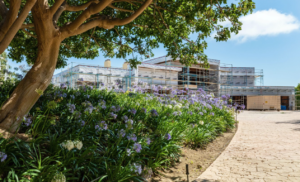 The estate combines three parcels and spans seven acres off the Pacific Coast Highway, taking in sweeping ocean views from a hillside lot. A gated driveway leads to a motor court at the front of the property, and behind the home, there’s an expansive lawn with a swimming pool and spa.

Though it’s not yet finished, the house comes with plans, permits and approval from the Coastal Commission. It looks modern in style, stretching across three stories with sharp lines and plenty of deck space out back. 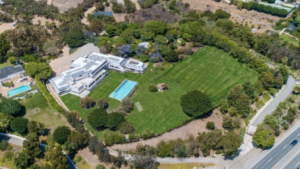 Garnett, 45, played for the Timberwolves, Celtics and Nets during a decorated career that saw him win an MVP award with Minnesota and an NBA championship with Boston. In 21 seasons, he tallied 14,662 rebounds, good for ninth most in league history. He made his Hollywood debut in 2019’s “Uncut Gems” and was inducted into the Basketball Hall of Fame a year later.