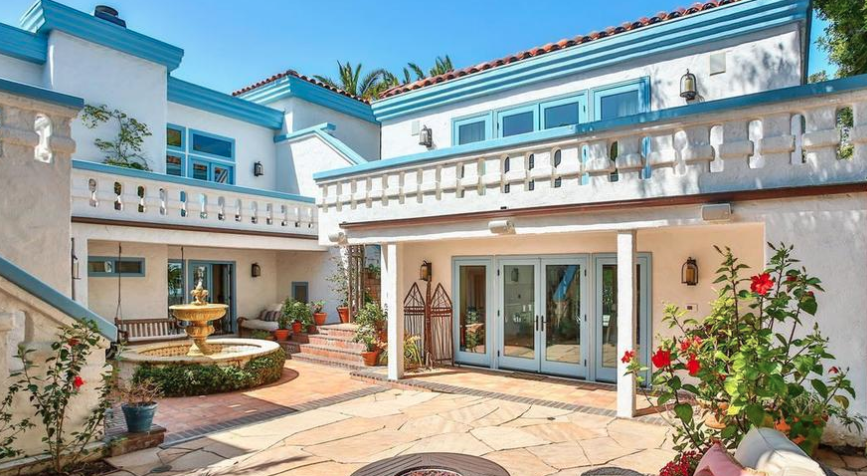 Malibu beach retreat once owned by actor Pierce Brosnan has sold for $2.82 million.

The former 007 bought the Mediterranean villa in 1996, a year after making his “Goldeneye” debut, and owned it for more than a decade. After breaking ground on another home in the area, he sold the property in 2011 for $2.6 million.

Built in 1979, the white and blue house sits about two blocks from the ocean in the Broad Beach area. The quarter-acre lot is walled and gated and has a courtyard entry with a tiled fountain feature.

The updated floor plan features a beamed-ceiling living room, a double-island kitchen, a formal dining room, a breakfast area, three bedrooms and three bathrooms. Custom tilework and a steam shower are among new additions in the master suite. There are five fireplaces in 3,412 square feet of interior.

Walls of picture windows and several balconies take in views of the ocean.

Brosnan, 64, was the fifth actor to play secret agent James Bond, appearing in four films from 1995 to 2002. This year he starred on the series “The Son” and had film roles in “The Foreigner” and “The Only Living Boy in New York.”