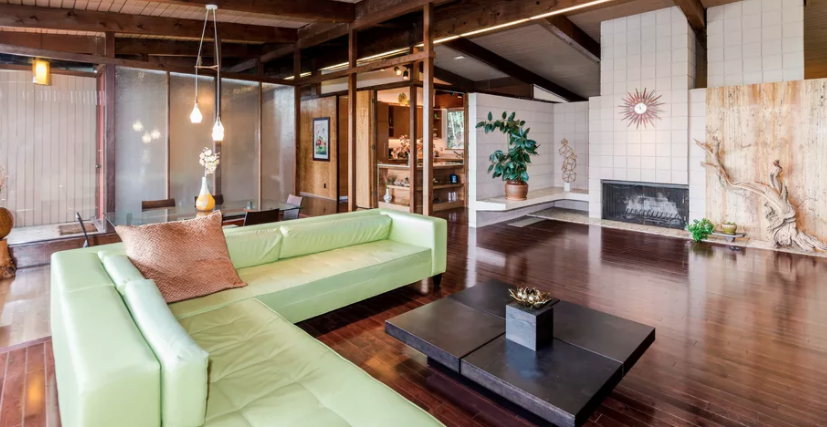 Located in the hills of Los Feliz near the Crystal Springs Drive entrance to Griffith Park, this natty post and beam was designed by architect Robert Theron Peters in 1962.

Among the crop of talented modernists that emerged from USC’s School of Architecture after World War II, Peters began his career at the building firm of Lamport, Cofer, Salzman, where he met Craig Ellwood. When Ellwood, who had no architecture license or formal training at the time, opened his own firm, he brought Peters along; according to Neil Jackson’s book California Modern: The Architecture of Craig Ellwood, Peters, “probably more than anyone” deserved credit for helping launch the future Case Studydesigner’s career.