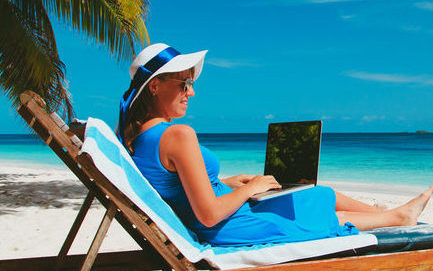 In commercial real estate, August is traditionally the slow season when business drags on as people come and go from the office to the beach, mountains or some foreign country for a family vacation. But this summer is marching to the beat of its own drum. With the first two weeks of August complete, nothing has slowed down, and the market is as active as ever.

Bisnow asked more than a dozen brokers across the country, from Boston to Los Angeles, and the responses were near-unanimous: August has been busy, and not just busier than previous years, but busier than the winter and spring.

In New York City, the office market had a sluggish start to 2017, with leasing volume, absorption and sales volume all down from the year before.

This was not the case in the last three weeks, during which time five leases were signed for more than 500K SF and several expansion deals have been completed.

Last Tuesday, Travel Leaders Group, a merged entity of Tzell Travel Group and Protravel International, took down 106K SF at 1633 Broadway. Colliers International Vice Chairman Bob Tunis said the framework of the deal was approved in May, but the fact that it closed in August was a sign the market’s timing has changed.

“There were vacations and absences and so on necessitated by the summer, and perhaps 15 years ago that would have precluded this being done before Labor Day,” he said from his vacation close to New Paltz in Upstate New York. “I think it’s this weird thing called technology … The ubiquity of our devices makes this stuff easier to handle.”