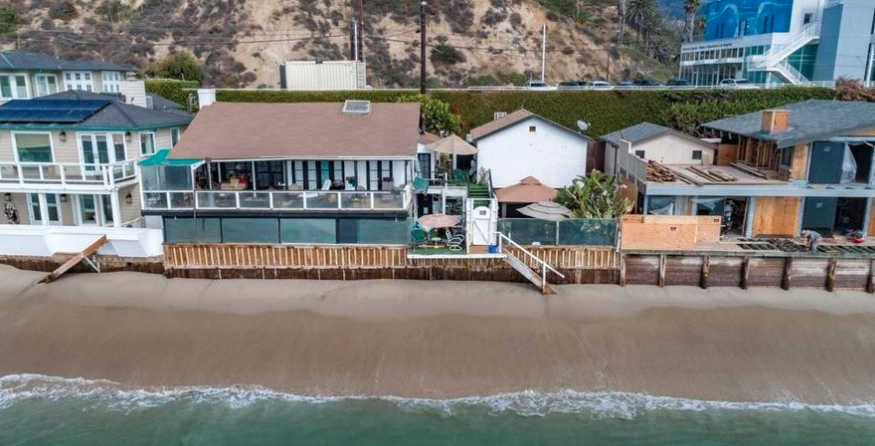 A beachfront property owned by actor Robert Colbert, who starred on the iconic 1960s sci-fi series “The Time Tunnel,” is on the market in Malibu at $6.9 million.

The quarter-acre site, being marketed as a land sale and set on a private street, has head-on ocean views from the deck and windows. Listing photos emphasize the gorgeous location along the sand but little else.

Colbert, 86, played third brother Brent Maverick in the “Maverick” Westerns. He also made appearances on such shows as “Death Valley Days,” “Mannix” and “Baywatch.”