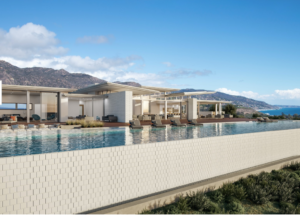 Three years ago, developer Scott Gillen made headlines when he dropped a record-breaking $50 million on 24 acres of undeveloped land in Malibu. Soon after, he announced plans to develop the property into an ultra-luxury five-home enclave called “The Case.”

Now, the quintet of coastal mansions is slowly coming to market, and Case No. 2 just surfaced for sale with a lofty price tag: $100 million. The nine-figure mark puts it in prestigious territory, as only six other homes are currently asking more than $100 million in L.A. County, according to the Multiple Listing Service.

The house is about half-finished and will be completed early next year. Gillen planned the construction timeline so all five homes in the cliff-side community will be finished at the same time, so residents won’t have to deal with construction noise from the other properties.

Minimalist in style, the modern mansion clocks in at 10,727 square feet with five bedrooms and 5.5 bathrooms. It sits on roughly three acres with sweeping views of the water and coastline. 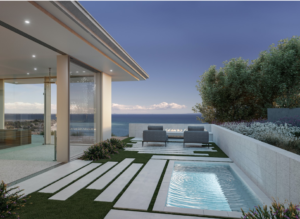 The main outdoor highlight, however, is a massive 132-foot infinity pool that anchors a sleek patio with a fire pit. In the front, a pair of reflecting pools frame the courtyard entry.

Case No. 2 is the second home to list in the gated neighborhood; Case No. 5 is already on the market for $100 million.

Last summer, the developer packaged his entire Malibu portfolio for a combined $500 million. Dubbed “The Malibu Series,” it included the five Case homes, a four-home enclave with names such as the Where, the Why and the What, and a modern mansion built on the ashes of a faux 1970s Scottish Castle fittingly called New Castle. 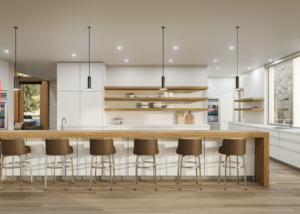 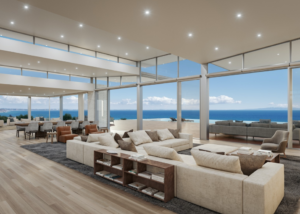 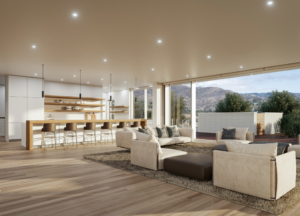 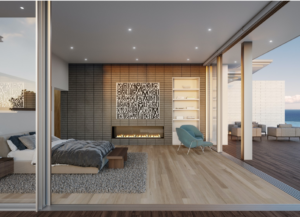