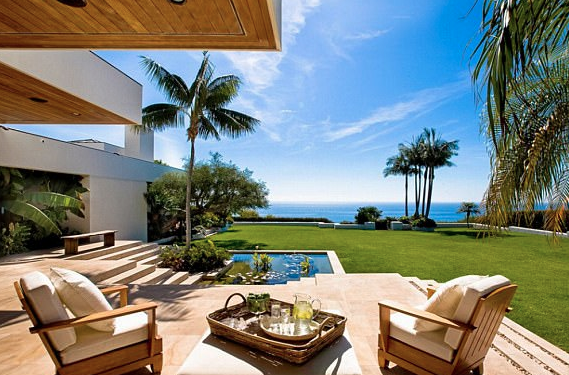 Simon Cowell is cementing his status as a major media mogul by plunking down a whopping $25 million for a beachfront home.

The X Factor judge, 58, fixed his eye on a Malibu mansion that sits in bluffs overlooking the Pacific Ocean, TMZ reported Monday. The incredible property was originally listed at $26,995,000 so the British celebrity is getting a bargain.

According to the details available on TheMLS.com, the residence boasts seven bedrooms and nine bathrooms over 10,000 square feet. The modern house is situated at the end of a private road and accessed by a tree-lined driveway. The resort-like compound has a swimming pool and spa, tennis court, lawn, terraces and a four-car garage.

There’s also a gym, staff quarters and a guest suite with its own entrance. The master suite features his and hers bathrooms along with a massage room, fireplace and a spa. Ocean views are available from many parts of the home thanks to its plentiful windows. The floors are stone while the finishes are dark wood and white Venetian plaster.

Cowell, who shares a son Eric, three, with partner Lauren Silverman, already owns a $15 million house in Beverly Hills and a mansion in London.