After making it available the last couple of years as a summer rental at a sky-high rate of up to $150,000 per month, Your Mama hears from bone fide real estate insider Fanny Flapjaw that Hollywood royals Steven Spielberg and Kate Capshaw have made a surreptitious, off-market agreement to sell their oceanfront Malibu residence to an as yet unknown buyer for somewhere around $35 million. The prolific, three-time Oscar-winning writer/director/producer purchased the property in two separate transactions, the first in 1989 and the second in 2000, for a total, pre-renovation outlay of not quite $6.57 million.

The double lot spread spans nearly an acre on the rapidly eroding and, hence, incongruously named Broad Beach and the shingle sided Craftsman style residence spans a smidgen more than 7,200 square feet according to various online resources. In addition to ample public rooms that open to a central courtyard and/or spill out to ocean-side terraces, the multi-winged main house has four bedrooms on the ground floor. Three more upstairs bedrooms include an extensive master suite replete with private library and massage room that overlooks the ocean as it crashes up on the miles long rock revetment Broad Beach homeowners had installed several years ago at their own expense to keep the Pacific from overtaking their multi-million dollar beach houses. There are two more bedrooms in a separate guesthouse, according to digital marketing materials, a state-of-the-art movie theater — natch — and a swimming pool and spa tucked into a wind-protected courtyard.

A shortlist of the many other high-profile and deep-pocketed Tinseltowners who own homes along Broad Beach include Pierce Brosnan, Steven Levitan, Dustin Hoffman, Danny DeVito and Rhea Perlman, and Ray Romano. The Spielberg-Capshaws primary residence has long been a five-plus acre hillside compound in the low-key but fancy pants Riviera section of Pacific Palisades and our research indicates they also own a substantial equestrian situation in the Mandeville Canyon area. On the East Coast, the couple keeps a co-operative-type apartment at the celeb-favored San Remo building on Central Park West and, out in the Hamptons, they maintain a sprawling Gwathmey Siegel-designed compound on East Hampton’s serene and brutally exclusive Georgica Pond. 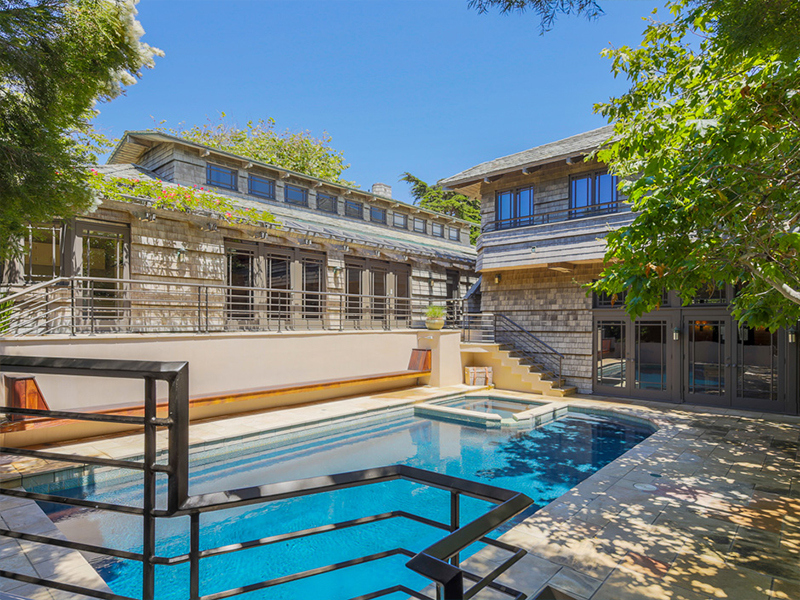 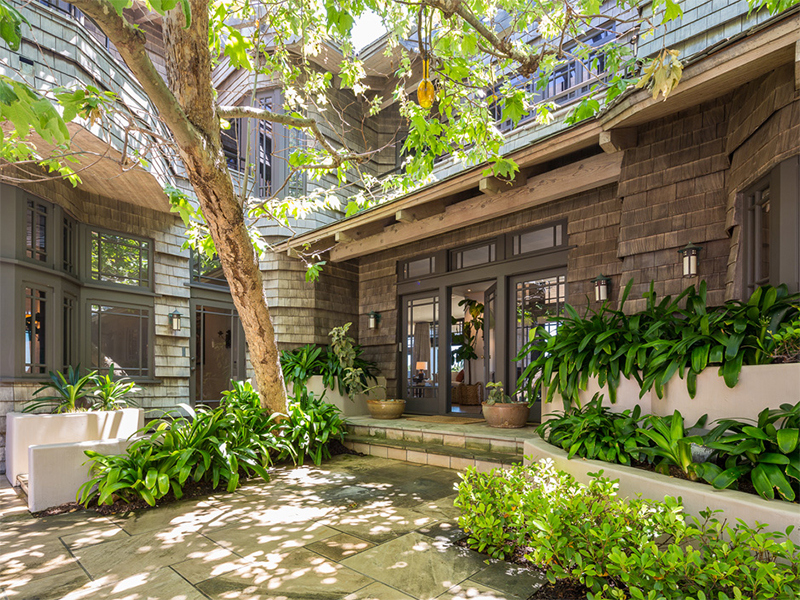 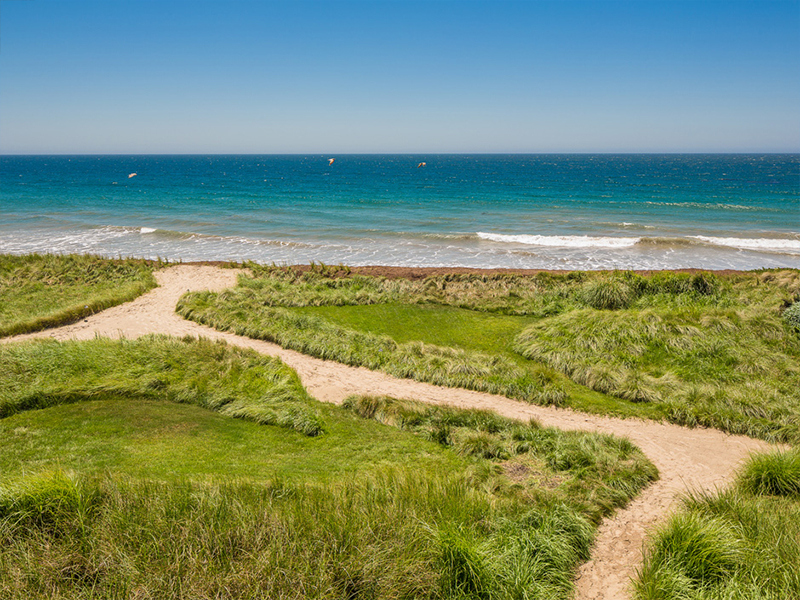