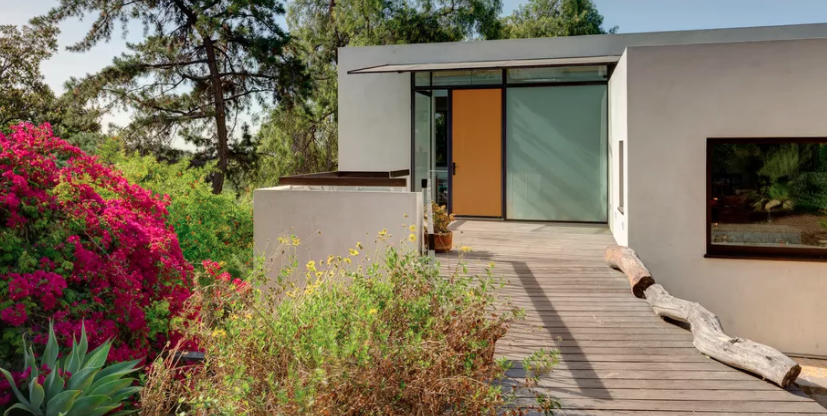 Echo Park’s homebuying market has reached a new high. The Eastsider noted Wednesday (and property records confirm) that a new single-family sales record in the neighborhood had been set by a handsome contemporary in Elysian Heights.

Designed by architect Rachel Allen and built in 2008, the split-level residence tucks into a hillside on Lemoyne Street in Elysian Heights. 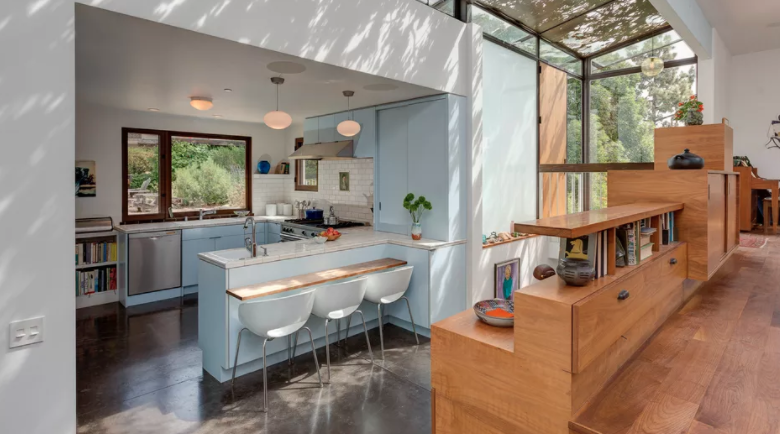 Features include floors of concrete and sustainably harvested walnut, tile by Heath Ceramics, and custom built-ins.

Far and away the coolest design elements, though, are the laser-cut plywood shades over the windows that run along the house’s central ceiling, meant to look like tall oak trees are shading the house. (They are not.)

The house sits on just over a half-acre of land that’s dotted with citrus, pine, and eucalyptus trees, native plants, and an urban homesteading starter kit of raised planting beds and a chicken coop.

The house listed on May 11 and by May 23, a sale was already pending, public records show. 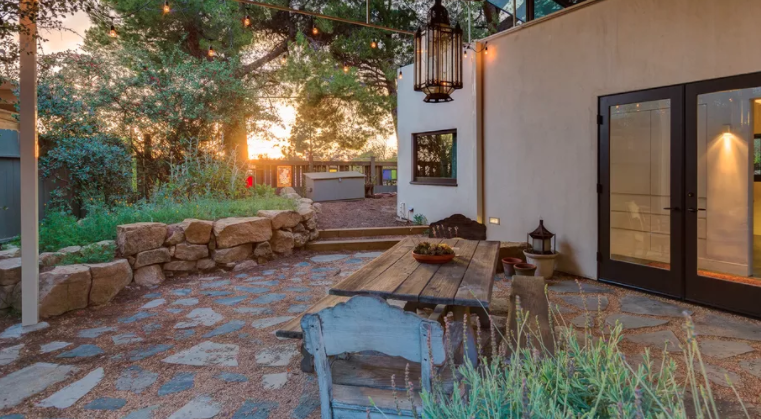